By Newsroom on April 14, 2016Comments Off on Shazam to Power Nespresso Push for First­ Ever Connected Coffeemaker 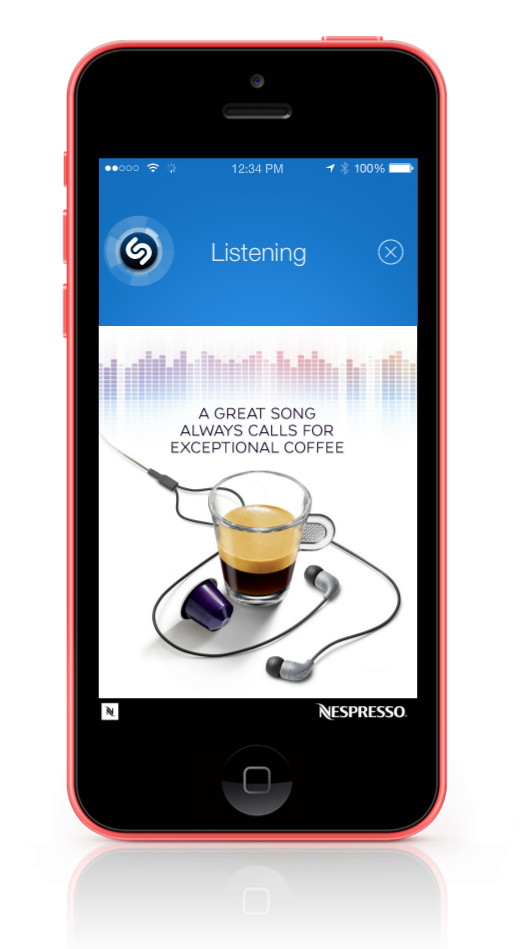 Nespresso will start this partnership by leveraging Shazam’s visual­ recognition technology for the launch of its first connected machine Prodigo. Nespresso global print ads, brochures, store displays and other media will be Shazam­enabled. By using the camera of their Shazam app and scanning these, users will instantly be redirected to a website dedicated to the discovery of the new features of the machine.

Prodigio’s Bluetooth connection allows users to brew coffee from a distance or preset a coffee making. Its integration into the Nespresso app also enables to manage the capsules stock and receive maintenance alerts.

“We are not only pleased to take part in the digitization of this great brand, but also very proud to start with their first connected machine. The smartphone is no longer a tool but an integral part of the product, which matches perfectly with Shazam’s approach” says Julie Leplus, Country Manager France for Shazam. Finally, during this campaign, Nespresso has developed contextual display formats in most countries of the world. These will appear each time the user Shazams a song.

“Shazam is the opportunity for us to link our offline content to its online counterpart. This means telling better stories and maximizing engagement. After reviewing different solutions, we decided to use Shazam to leverage the massive distribution and the overall “magic” of the app” says Vincent Leroudier, Digital Stream Manager at Nespresso. 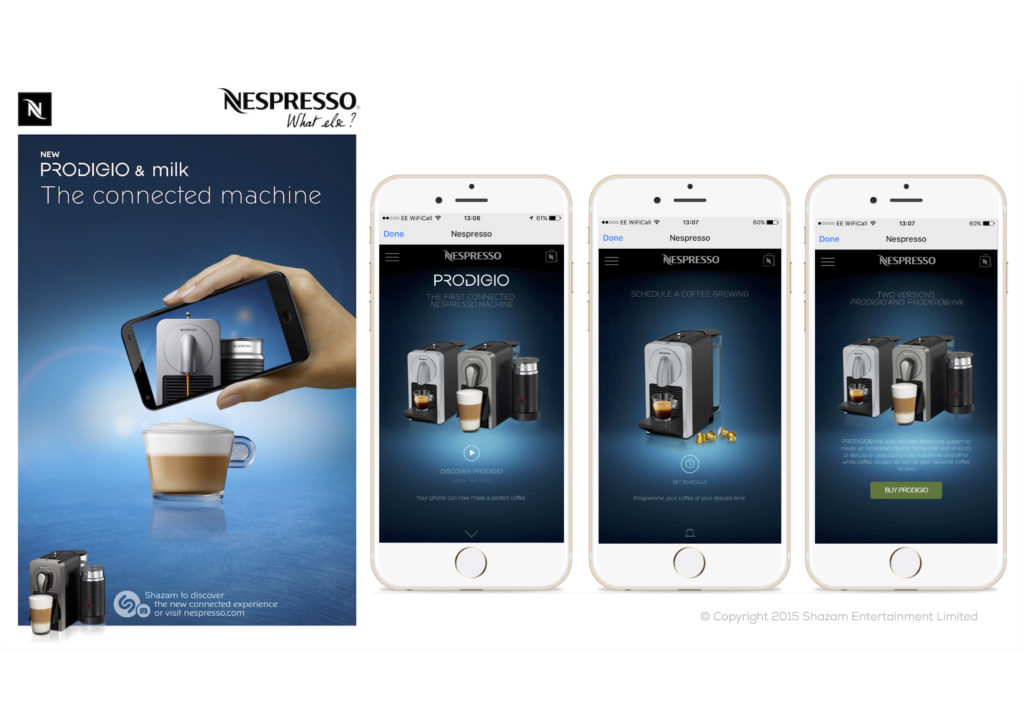 Shazam to Power Nespresso Push for First­ Ever Connected Coffeemaker added by Newsroom on April 14, 2016
View all posts by Newsroom →