By Newsroom on October 28, 2016Comments Off on SHED Launches New Campaign in Australia for Super Nature Featuring Turia Pitt 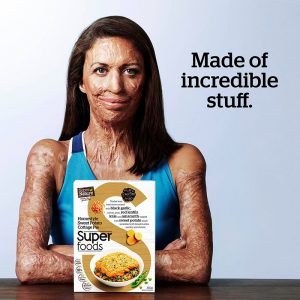 ‘Made of Incredible Stuff’ is the new brand positioning created by SHEDcsc for Vesco Foods’ Super Nature range of snap frozen meals and lunches. It refers to the super food ingredients that are used to create their delicious healthy recipes, and it promotes a positive, healthy image that’s based on substance as opposed to the superficial.

“In a world of Kanyes and Kardashians, we wanted to deliver a strong message that self-belief and self-confidence comes from what you’re made of,” said SHED’s Andrew Tinning. “It’s about what’s on the inside as opposed to just the outside, and that eating healthy even when you’re time poor is a big part of feeling good about yourself and life.” 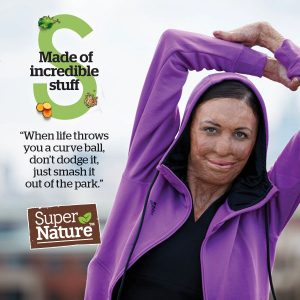 Tinning said when considering their first brand ambassador to launch the campaign, they just couldn’t go past the incredible Turia Pitt.

“Turia’s story and her phenomenal strength and courage are truly inspirational. She is without doubt made of incredible stuff.”

It is five years since Pitt was badly burned in a bushfire while competing in an ultra-marathon in WA. Since then she has endured countless operations but fought back to being able to compete again. 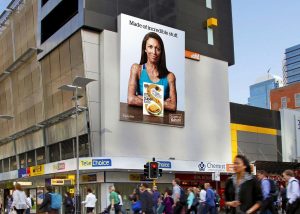 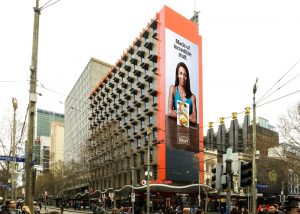 “Being invited to compete in what is regarded as the world’s ultimate triathlon is yet another example of the incredible stuff this incredible woman is made of, particularly since she’d been told just a few years earlier that she would never run again,” said Tinning.

Tinning said the amount of editorial coverage and social media exposure at both a national and international level that this element of the campaign has attracted for the brand over the past few weeks had been “nothing short of incredible.”