By Newsroom on July 4, 2018Comments Off on Skittles Counts Down to Pride in London 2018 with Daily Animations from adam&eveDDB

During Pride, only one rainbow truly matters. That’s why Skittles are once again showing their support to the LGBTQ+ community by giving up their famous rainbow so Pride’s rainbow can take centre stage. 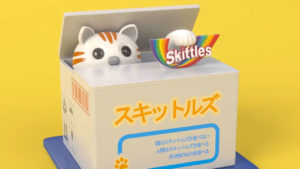 In their latest campaign from adam&eveDDB, the Mars, Incorporated-own brand will give up their rainbow in a number of different ways via a series of short, animated films.

These films will form a countdown to Pride in London 2018, with Skittles posting a new film on their Twitter account each day from the 24th June, in the run-up to the parade. 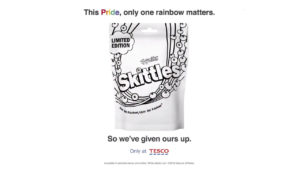 The films, which were directed by Chris Bristow through Blinkink, have been created by a number of different animators and feature a series of quirky, fun scenarios. Alongside the Twitter countdown, select edits will run across social channels including YouTube, Facebook, Instagram and Snapchat.

In addition to the animations, Skittles have once again exclusively partnered with long-term Pride in London supporter Tesco to stock limited edition Rainbowless packs of Skittles – with Rainbowless Skittles sweets inside. Every special pack sold will raise money for Switchboard, the LGBTQ+ helpline. 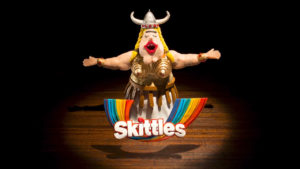 Rory Fitzherbert, Skittles’ Senior Brand Manager, said: “Skittles have always been big supporters of Pride so we’re delighted to give up our rainbow for the LGBTQ+ community for the third year running. These fun, playful animations embody the Skittles spirit and are the perfect way to countdown to the parade.”

Skittles Counts Down to Pride in London 2018 with Daily Animations from adam&eveDDB added by Newsroom on July 4, 2018
View all posts by Newsroom →