By Newsroom on August 8, 2016Comments Off on Skol Delegation Teaches How to Cheer at the Rio 2016 Olympic Games

Skol, an official supporter of the 2016 Rio Olympic Games, has revealed a series of videos that teaches fun ways to cheer for 15 different Olympic sports. With the help of choreographer Clarice Lima, “How To Torcer” (“How To Cheer”) features entertaining choreographies that blend dancing with characteristic moves of each sport. Swimming, soccer, tennis are among the sports chosen, in addition to other less obvious sports. 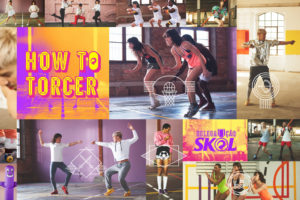 The “How To Torcer” campaign integrates the concept of the Skol Delegation, which was chosen by the brand for the Olympic moment and aims to attract party athletes to experience the best moments during the world’s greatest sports event,” explains Felipe Merretti, marketing manager for Skol. The idea is to promote more fun at the stadiums, bars and even to their living rooms.

The film clips were designed for viewing on smartphones and social networks, and aimed at a younger generation of sports fans. The idea for the videos was to favour viewing through the cell phone (and on social networks) and will gain life on Facebook and Instagram. 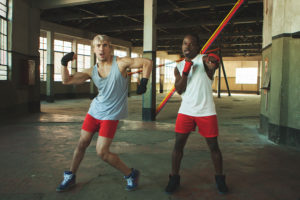 A recent survey commissioned by Facebook shows that 79% of Brazilians interviewed are excited about the Games. A total of 66% of the respondents are planning to use mobile devices to receive news about the Games.

Skol Delegation Teaches How to Cheer at the Rio 2016 Olympic Games added by Newsroom on August 8, 2016
View all posts by Newsroom →