By Newsroom on January 22, 2015Comments Off on Snickers Teases A ‘Very Brady’ Super Bowl XLIX Commercial

Mars Chocolate North America gave America its first taste of the all-new 30-second commercial from Snickers that will air during the first quarter of Super Bowl XLIX on Sunday, Feb. 1, on NBC.

The new ad from Snickers, the most beloved star of Super Bowl XLIX, could be someone you might not expect.

A new teaser for the spot centers around The Brady Bunch – one of America’s all-time favorite television families. The teaser – a recreation of the iconic Marcia Brady hair brushing scene – stars action movie mainstay Danny Trejo as a gruff, hostile version of Marcia who doesn’t at all resemble the girl next door when she’s hungry.

Better yet, for the first time in brand history, Snickers is empowering fans to help reveal the full commercial prior to Super Bowl Sunday. Fans can ask to have the spot released early through a number of social media activities, including watching the teaser on Snickers YouTube, Facebook or Twitter pages, as well as liking, commenting, sharing or re-Tweeting the video from those platforms. Fans can also utilize the branded hashtag, #eatasnickers. If consumers generate 2.5 million social media engagements before kick-off on Feb. 1, Snickers will release the entire 30-second spot early.

Created by BBDO New York, the ad is the latest addition to the global, award-winning “You’re Not You When You’re Hungry” campaign, which showcases how people aren’t themselves when they’re hungry. And while the teaser only hints at what’s to come during Super Bowl XLIX, like all “You’re Not You When You’re Hungry” commercials, the spot will remind fans that Snickers always satisfies hunger. 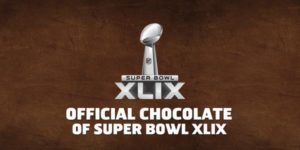 “This is just a taste of what America should expect from Snickers on Super Bowl Sunday,” said Allison Miazga-Bedrick, Director, Snickers Brand. “The Brady’s are a great addition to the ‘You’re Not You When You’re Hungry’ campaign because they’re a beloved iconic family that has broad consumer appeal. This ad features a little something for everyone, and we’re confident it will satisfy fans’ hunger for a laugh.”

“It’s not every day that my agent calls and says I’ve been asked to play Marcia Brady,” said Trejo, a longtime Hollywood veteran known for his roles in action flicks. “But as soon as I found out it was for Snickers, I knew it would be a blast and something fans are going to appreciate.”