By Newsroom on January 22, 2016Comments Off on Stella Artois Underscores its Commitment to Global Water Issue

Water has played an important role in the Stella Artois brewing heritage for more than 600 years, and is an essential ingredient in the Stella Artois that is brewed today. Yet 663 million people lack access to clean water – a global crisis that disproportionately affects women, who spend millions of hours a day collecting it. Stella Artois has again partnered with Water.org to drive awareness of the global water crisis, and calls on consumers to help leave a legacy as the generation that ends this crisis, once and for all. 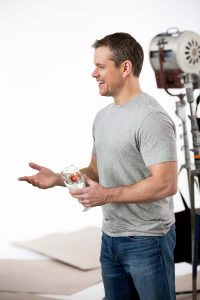 The “Buy a Lady a Drink” campaign was first launched in 2015 to utilize Stella Artois’ global footprint to help positively impact this important issue. Last year the campaign focused on women’s long journeys for clean water. This year, the campaign showcases the positive impact that access to clean water can have, while inspiring consumers to leave a positive mark on the world.

“I’ve seen how the lives of women and their families can change when they get access to clean water,” said Water.org Co-Founder Matt Damon. “Access to water is access to education, access to work, access to the kind of future we want for all humankind. Thanks to our partnership with Stella Artois, this year’s ‘Buy a Lady a Drink’ campaign helps us tell this story – and gives consumers the chance to help us change it.”

“Water.org is committed to making clean water accessible so everyone in the world has the opportunity to prosper,” said Water.org Co-Founder and CEO Gary White. “We’re proud to partner with Stella Artois again this year to help us change more futures around the globe.”

This global, multi-channel partnership launches today with several opportunities to engage in the effort.

Stella Artois will release a new set of limited-edition Chalices designed by three artists from Kenya, Peru and Haiti: Daniel Cortez Torres from Peru, Wini Awuondo from Kenya and Michele Manuel from Haiti. Each design represents the specific water problem faced by women in their country. 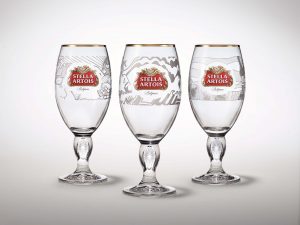 Consumers can purchase one of the exclusive Chalices for $13 at Amazon.com. For every Chalice sold in the U.S., Stella Artois will donate $6.25 to Water.org, up to 90,000 chalices, to help provide five years of clean water for one person in the developing world.

“Water is woven into the very fabric of Stella Artois – it has allowed us to leave behind a proud brewing legacy, and we want others to have that same opportunity to leave a mark on the world,” said Ricardo Marques, vice president, Stella Artois. “Thanks to our continued partnership with Water.org, we have been able to change the lives of more than 290,000 people in the developing world through access to clean drinking water. Small actions, like the purchase of a Chalice, can have a big impact.” 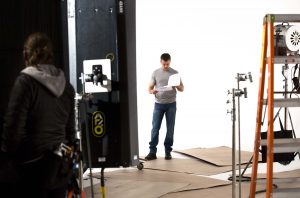 The campaign will also feature three new short films. The first film showcases a zoetrope animation, a moving image device that features individual Stella Artois Chalices painted with different scenes of the positive impact that access to clean water can bring – such as growing crops, earning an income and going to school.

The second film, featuring Matt Damon with the zoetrope, asks consumers to consider their own personal legacies and challenges them to become part of the generation that ends the global water crisis. Finally, the third film is a YouTube 360 video, which brings to life the experience of one woman and her family in Honduras via virtual reality on consumers’ mobile devices.

To further underscore the power of water and inspire social action, Stella Artois has commissioned 2015 Sundance Film Festival Grand Jury Prize Winner Crystal Moselle to create a three-part documentary series showcasing the impact of the global water crisis on women and their communities in Haiti, Kenya, and Peru. 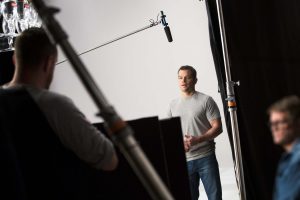 Moselle and her Academy- and Emmy Award- winning producer Fazeelat Aslam recently traveled to  Haiti, where they met Marie, a midwife living in a community with no access to clean water. In her daily struggle to provide for her large family and service her community, Marie’s resilience became immediately apparent. Her story inspired the filmmaking team’s first chapter of an eye-opening look at the water crisis around the world.

“Clean water is something that’s easily taken for granted.  Many of us don’t realize how much it impacts a community’s livelihood and sense of hope for the future,” said Moselle. “On our visit to Haiti, we met so many amazing women dealing with the crisis on several levels. These stories of strength, hope and perseverance really resonated with us, and we hope they will inspire viewers enough to take action.”

The films will be produced in partnership with Stella Artois, and with advisory support from Water.org. The series will debut to coincide with World Water Day.

Stella Artois Leaves a Mark at the 2016 Sundance Film Festival 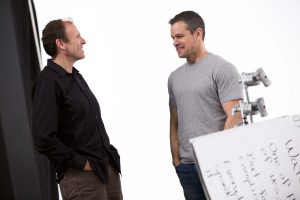 Stella Artois will showcase its commitment to making a difference at this year’s Festival in Park City.

To learn more about the global water crisis, how to leave a mark on the world and purchase a limited-edition Stella Artois Chalice, consumers can visit BuyALadyADrink.com or follow @StellaArtois #LeaveYourMark on social media.

Stella Artois Underscores its Commitment to Global Water Issue added by Newsroom on January 22, 2016
View all posts by Newsroom →