By Newsroom on February 2, 2015Comments Off on The FAB Awards Reveal Björn Ståhl as the Advertising Jury Chair 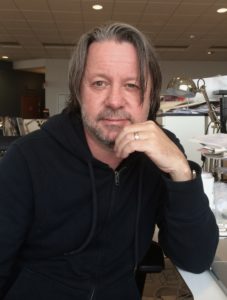 A couple of weeks after naming Rodanthi Senduka as the Packaging & Design Jury Chair for the 17th FAB Awards, the International Food and Beverage Creative Excellence Awards are pleased to announce that INGO Stockholm’s Björn Ståhl will be this year’s Advertising Jury Chair.

“It is going to be great fun. I have entered work into The FAB Awards for many years and I am thrilled to be on the other side, judging the work,” revealed Björn.

“FAB are a great-specialized award show, actually one of the few specialized shows that really count. Both food and beverages are huge categories, so a massive amount of work is being produced throughout the world, and that is why FAB is needed. It is the World Championship for food and drinks.”

Björn has worked in advertising for the last 20 years. He spent eleven years at Lowe in Stockholm and London. During that time he was the co-founder of a second Lowe agency that quickly became one of the best creative offices in the network.

For the last 9 years he has been the Executive Creative Director/Chief Creative Officer of INGO, where he also serves on the board. Creatively, the agency has gone from relative obscurity to being creatively top ranked in Sweden, earning acclaim both domestically and internationally. 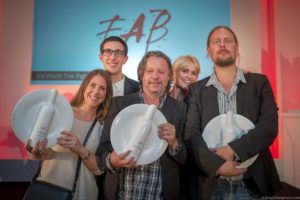 Asked what he expects from this year’s FAB Awards, Björn had this to say: “I want the best work in the world to be entered and I look forward to the discussions, hearing the other juror’s point of view, seeing the trends and how the categories are changing. I really look forward to standing there with the best food and beverage work for last year.”

Björn has served as a juror for many prominent award shows. He is also a well awarded creative, having earned more than 60 awards in the form of Lions, Pencils and even a few in porcelain plates.

Traditionally the FAB judging takes place in April, with the Awards culminating in a grand ceremony at London’s Hurlingham Club in May.

The FAB Awards Reveal Björn Ståhl as the Advertising Jury Chair added by Newsroom on February 2, 2015
View all posts by Newsroom →