By Newsroom on December 14, 2016Comments Off on The Macallan Announces New Sherry Oak 40 Years Old 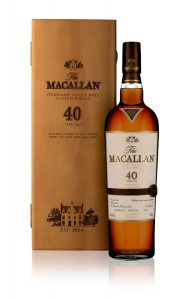 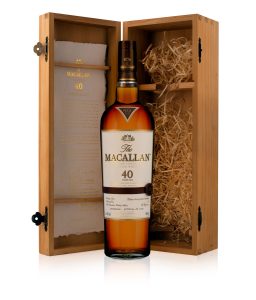 This whisky was kept at its natural strength, and when it reached 35 years of age in 2011 it was assessed again, where a decision was made to let the whisky to continue to mature and evolve. Finally in 2016, at 40 years of age, the time had come to allow this distinct whisky to be removed from the cask and enjoyed.

“This whisky owes its very existence to the insight and intuition of Bob Dalgarno,” said Geoff Kirk, Director of Prestige for The Macallan. “The additional decade of careful maturation through to 2016 has produced an outstanding and distinct single malt to add to the collection of rich, mature expressions from The Macallan. We relished the careful attention that has gone into creating The Macallan 40 Years Old.”

With just 500 bottles being made available worldwide at a suggested retail price of $8,000, the Macallan 40 Years Old is expected to be a highly sought after expression. 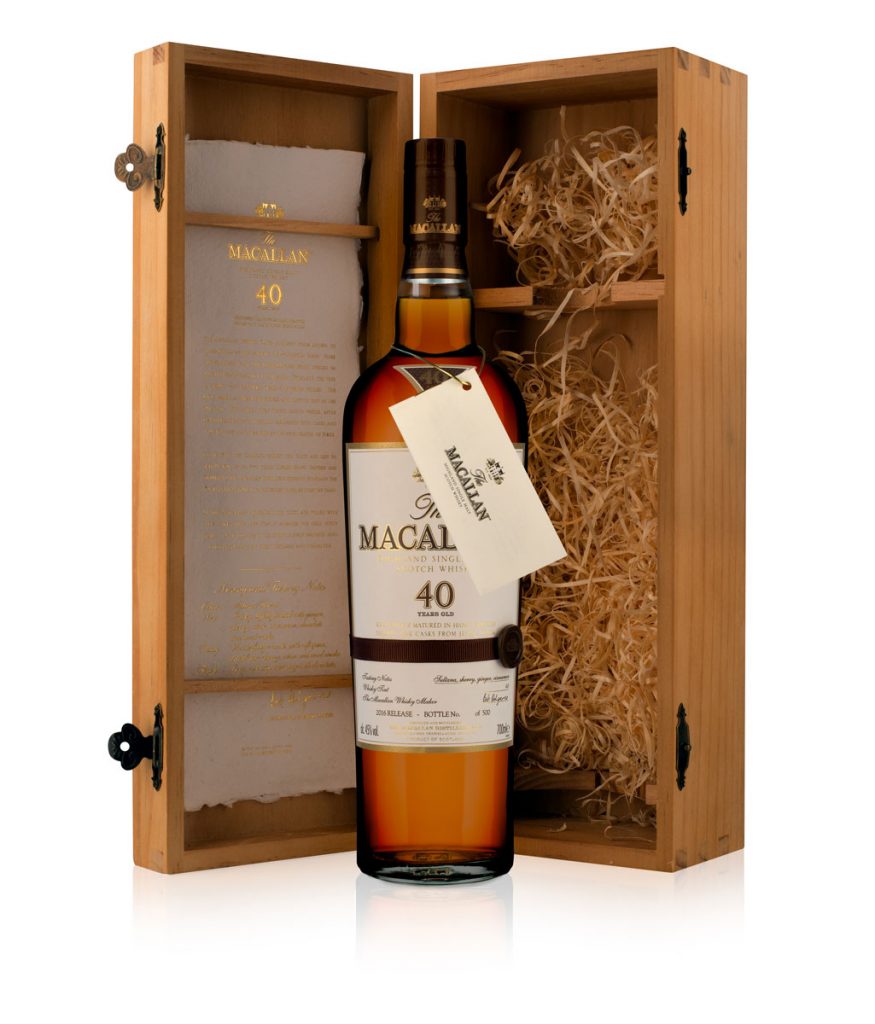