By Newsroom on August 11, 2015Comments Off on Beer For That Helps You Find The Perfect #BeerMatch For Your Food 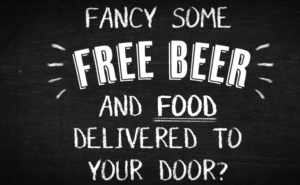 The next phase of the There’s A Beer For That campaign launched, delivering sommelier-paired beer and food matches to people who use its tool #BeerMatch in London.

Telegraph Hill is running the social engagement activity for Britain’s Beer Alliance, which builds on its brief of educating non-habitual beer drinkers about the diversity, versatility and quality of beer with informal meals for the beer category initiative that is reigniting Britain’s love of beer.

Consumers will be encouraged to tweet their favourite food to @BeerForThat using the hashtag #BeerMatch, and they will be tweeted back immediately with a perfectly matched beer. This is the standard #BeerMatch service. For the next nine days Telegraph Hill will be monitoring the responses, and daily a select number of Londoners using #BeerMatch will receive a special delivery from the There’s A Beer For That team. The package will contain a goodie bag with the requested food and a sommelier-paired beer.

To promote the initiative, Telegraph Hill has used its heritage in TV to produce a video featuring TV presenter George Lamb. Lamb is shown surprising unsuspecting consumers who have used the #BeerMatch service, while he delivers the package of quality food and matching beer. The video will be shared through There’s A Beer For That social channels, with a supporting organic and paid media strategy.

This campaign coincides with London Beer City, a nine day event that celebrates beer (7th- 16th August), which There’s A Beer For That is sponsoring. In addition to the #BeerMatch initiative the campaign’s weekly Twitter hour, #BeerClub, will take a London Beer City theme. There will also be a consumer event, Beer Club Live, a beer and seafood pairing dinner. More information can be found in the schedule here. 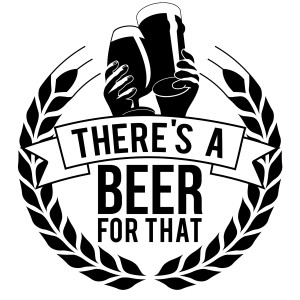 Louise Doherty, Digital Audience Lead for There’s A Beer For That, said: “Telegraph Hill has created a brave campaign that builds on an already successful format for us. It’s a compelling proposition that is firmly rooted in insights on consumer usage of #BeerMatch, which has already generated a reach of 47 million from 4406 #BeerMatch mentions since launch in November 2014. I’m confident it’ll stand out and grab the attention of both foodies and a broader audience who aren’t yet aware of the versatility of beer with food. The campaign will help spread the message that great food can be paired with great beer and really enhance both.”

Garret Keogh, MD at Telegraph Hill, added: “#BeerMatch is a great service so we wanted to think outside of the social media ‘box’ and bring it to new audiences in a meaningful way that genuinely surprises and delights them. As well as spreading the word about the diverse range of beer in Britain, the campaign boosts its appeal to a wider audience of non-habitual beer drinkers in a different and exciting way.”

Beer For That Helps You Find The Perfect #BeerMatch For Your Food added by Newsroom on August 11, 2015
View all posts by Newsroom →