By Newsroom on October 25, 2018Comments Off on These Folks In Canada Brewed Beer From Stale Bread to Make a Point About Not Wasting Food

Beer made from stale bread … now, doesn’t that sound refreshing? Charitable group Second Harvest recently brewed 500 cases of the stuff to raise funds and call attention to its food-rescue efforts throughout Canada. 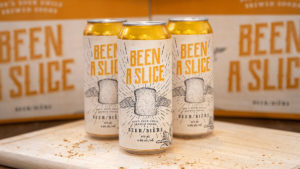 Retailing for $2.95, the beer, called Been a Slice, will be sold in select stores, bars and restaurants around Toronto. Proceeds will benefit Second Harvest, which has rescued 130 million pounds of edible food—mainly dairy, produce and protein headed for landfills—since it launched in 1985. The group works with Ontario farmers and retailers to provide nourishing meals to more than 250 agencies throughout the province.

“The concept of making beer from bread dates back to the origin of beer,” says Bob Froese, CEO of Bob’s Your Uncle, which developed the campaign. “In Europe, which is significantly ahead of North America in their management of food waste, beer brewed from bread is starting to emerge.” 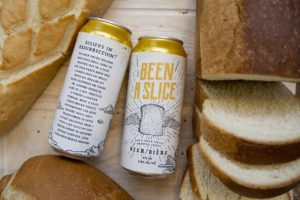 Hey, beer already has yeast in it, so the Been a Slice concept seems slightly less nutty than Planters’ recent frothy foray.

“Our art director Daryl Klein brought that idea into the shop just as we were thinking about how to connect Second Harvest with millennials better,” Froese recalls. “We wanted to create a beer because millennials are obsessed with craft beer and with food. We thought, ‘Wow, what a perfect way to bring Second Harvest and food waste to their attention’ while generating media coverage and buzz for the cause.” 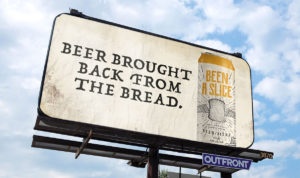 “We asked the bakery to store their unsold bread until they had enough,” says Froese. “Holding the bread in storage was not an issue, as it was OK for it to go stale before it was shipped. In fact, it was even technically OK for the bread to get moldy as the fermenting process kills all bacteria. We didn’t let it get that far though.”

Outfront Media is supporting the limited-time brew with billboards around Toronto. If folks savour the flavour, they can help an upcoming Kickstarter campaign to bring the beer back on a more permanent basis.

“The beer is a surprisingly refreshing ale versus what you might perceive as coming from bread,” Froese says. “The initial batches were very viscous and bready tasting, and the brewer worked hard to overcome that to create a very mild bread note with citrus notes created by hops. We were trying to make a great tasting beer that was made from bread, not a beer that overly tasted like bread.”

These Folks In Canada Brewed Beer From Stale Bread to Make a Point About Not Wasting Food added by Newsroom on October 25, 2018
View all posts by Newsroom →