By Newsroom on March 23, 2018Comments Off on Tiger Beer Champions the Potential of a New Generation in Campaign via Marcel Sydney

Tiger Beer has unveiled its latest campaign via Marcel Sydney, which takes this idea of ‘Uncaged heroes’, and focuses on a specific type of young creative: those whose bold approach to their craft also serves a good cause.

Since 2013, Tiger Beer has championed emerging Asian talent. Now with the brand’s rallying call to ‘Uncage’ the bravery to pursue passions, this campaign demonstrates how far the impact of creative courage can go. 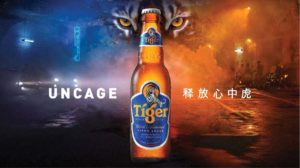 Featuring an eclectic group of Uncaged heroes from fields as diverse as dance, technology, fashion, art and food, Tiger Beer inspires people to look beyond familiar faces to discover those who are truly shaping the future. Proof that if you have the courage to pursue your passion, you can make a positive impact on the world.

Fiona Marston, international brands marketing manager of Tiger Beer New Zealand said: “The Tiger Beer brand is proud to use our brand and global scale to champion the unknown because we believe everyone has a tiger inside. We inspire courage to challenge conventions and unleash creativity. We believe that anybody can become a somebody.”

Featured in The Uncaged campaign video showcase is a unique group of courageous creatives, including:

A classically trained professional violinist, Mei Segev uses her musical talents to note only entertain, but to contribute to charitable causes. She performs regularly at senior care homes, employing music as a form of therapy for the elderly. Segev has also performed in support of fundraising efforts for victims of the Japanese Tsunami. Challenging typical approaches to her craft, Mei engages with her art not just from a performative aspect but also as a force for good. 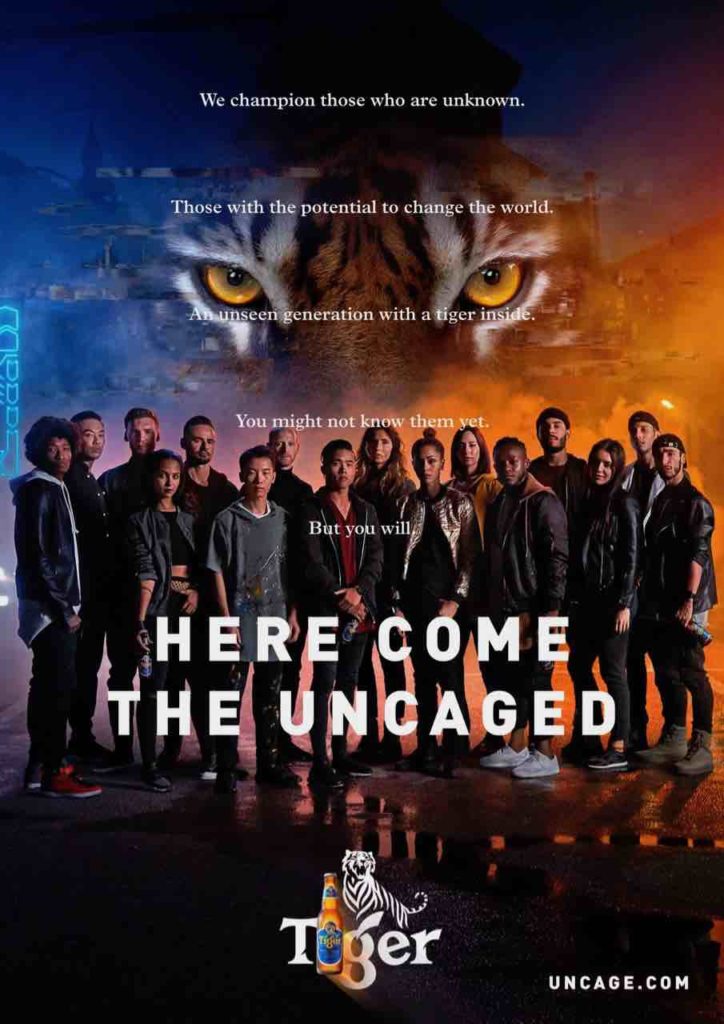 Foshan-born artist Hua Tunan runs an independent studio and is impacting the art world by merging traditional Chinese art practices with Western graffiti styles. Hua’s aggressive and energetic technique is unique as he channels emotion into his artwork, an example of which would be his street art piece for the Tiger Beer #3890Tigers campaign where his finished work was inspired by the plight of the wild tigers. Hua brings a story and emotions to life in his work, challenging conventional ideas of street art aesthetics and the power of bringing a cause to life through art.

Chef and restaurateur, Willin Low, who is preserving traditional Singaporean hawker food by using it as his inspiration to create ‘Mod-Sin’ cuisine, blending culinary heritage with modern techniques.

CEO of Open Bionics, Joel Gibbard, who is pioneering the development of affordable and open source bionic prosthetics, challenging the current issue of expensive robotic options after being inspired by the ability to use modern technology such as 3D printing to provide bionic limbs to people who currently have no access to prosthesis.

The new Uncaged campaign is brought to life through www.uncage.com which houses the stories and details about the campaign, as well as key information about in market events and partners, as well as the soon to be revealed details of the global Uncaged Festival that will take place in September 2018.

Tiger Beer Champions the Potential of a New Generation in Campaign via Marcel Sydney added by Newsroom on March 23, 2018
View all posts by Newsroom →