By Newsroom on May 8, 2018Comments Off on UEFA & Pepsi Announce ‘New Rules’ For Champions League Final Opening Ceremony Presented By Pepsi

UEFA and Pepsi have announced Dua Lipa as the music artist performing at the 2018 “UEFA Champions League Final Opening Ceremony presented by Pepsi.”

The multi-award winning, ‘New Rules’ singer will take to the pitch to help fans in every corner of the globe celebrate their love of football and build anticipation minutes before the world’s most watched annual sporting event kicks off in Kyiv, Ukraine on Saturday, May 26th. 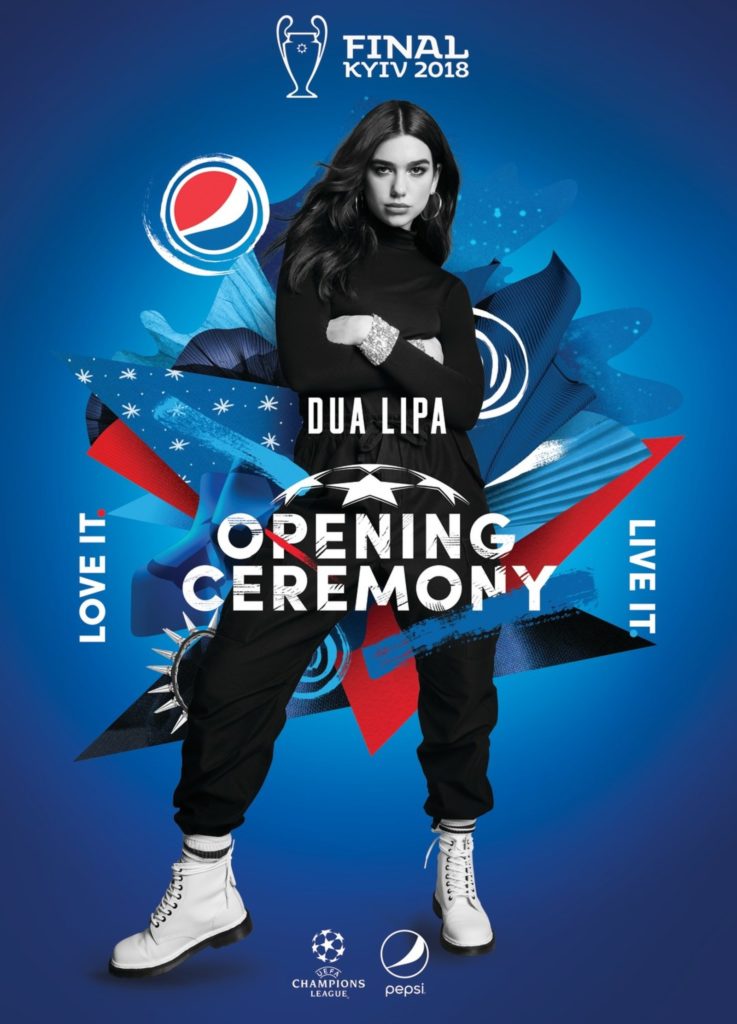 In its third year of the hotly-anticipated “UEFA Champions League Final Opening Ceremony presented by Pepsi,” Dua Lipa will take a truly global stage with the worlds of music, entertainment and sport colliding to bring fans an unforgettable experience – whether they’re in the stadium or tuning in at home.

Dua Lipa, who holds the record for the youngest female solo artist to reach 1 billion YouTube views and is currently the top streamed female artist in the world on Spotify, will perform hits from her latest album, including “IDGAF” and “New Rules,” which has gone Platinum in 18 countries. The global superstar’s album has gone on to sell over 2.2 million copies and 17 million singles worldwide.

Dua Lipa said: “I was honoured to be asked by UEFA and Pepsi to perform at the ‘UEFA Champions League Final Opening Ceremony’ – it’s a once in a lifetime opportunity. I can’t wait to get in front of the fans and be part of such an exciting event – I’m planning to put on an unforgettable show!”

This year’s Final will be played at the NSC Olimpiyskiy Stadium in Kyiv on Saturday, May 26th and air in over 220 countries and territories around the world.

“A brand rooted in both music and football, Pepsi aims to celebrate the passion and love of fans and allow them to live the game like never before. Bringing one of the hottest music stars to one of the world’s biggest sporting events will do just that,” said Natalia Filippociants, Senior Marketing Director, Global Pepsi Trademark, Global Beverage Group, PepsiCo. “Dua Lipa is a phenomenal music artist and we’re excited for her to get everyone on their feet ahead of such an exciting global moment for the game we all love and live for.” 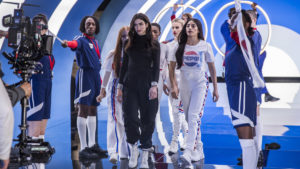 The global campaign connects art and sport to bring the beautiful game to life – on and off the pitch – and features an energetic new global TV commercial and personalised on-pack designs by artists from each player’s home country.

Guy-Laurent Epstein, UEFA Events SA Marketing Director, commented: “We are thrilled to be collaborating with our partner Pepsi on the Opening Ceremony of the 2018 UEFA Champions League Final for the third year running. Pepsi is synonymous with bringing music, entertainment and sport together and this year’s event is set to be a great occasion. We are excited to welcome Dua Lipa to Kyiv. Her energy will provide the crowd with the perfect performance just moments before the ultimate match in European club football kicks off.”