By Newsroom on October 1, 2015Comments Off on UK Women Raise A Glass To Beer

AB InBev, the world’s leading brewer, has released insights from research looking at the appeal of beer among women in the UK.

The research reveals that women over the age of 25 now make up one in six (16%) of all beer purchases – the highest it has been in the past five years. Women are also drinking beer more regularly; with over 3.2 million (14%) saying they drink it once or twice a week. 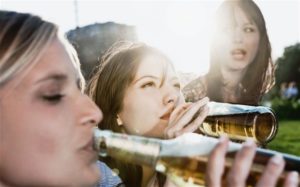 When questioned on drinking habits, women in the UK preferred lager such as Stella Artois (77%) followed by ales such as Leffe (27%) and then stout (15%). Beer appears to be rising in popularity, with 81% of women agreeing that there are some very sophisticated beers out there and 87% stating that there is a world of beers to explore and that the time has never been better to try them.

Commenting on these findings, Annabel Smith co-founder of Dea Latis, a group set up to promote beer among women, comments:

“These results do not surprise me; there is a huge interest among women in beer, with more and more women opting for beer as their drink of choice. We are also seeing more women choosing a career in the beer industry, from “The Beer Sommelier of the Year”, Jane Peyton, to the CEO of the British Beer and Pub Association, Brigid Simmonds.”

Despite more women uniting in their love of beer, nearly half (44%) of females believe that beer is still perceived as a man’s drink. 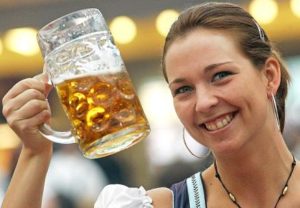 These results follow a viral #WeAllLoveBeer video (see above), where perceptions about women and beer were put to the test. A number of real life couples in the US were monitored on a night out, with the woman ordering a beer and the man a different drink. In the majority of orders the beer was served to the man, even though it was the woman who ordered it.

One in five UK women (20%) have experienced the same situation, with their beer being given to their male companion rather than themselves. Only 16% corrected the bar staff or waiter and 7% even ended up drinking or taking a sip from the wrong drink to avoid confrontation.

“It’s really interesting to see that despite women drinking more beer, these stereotypes still exist. Beer is a drink for men and women to enjoy alike. We are committed to celebrating and promoting its wide appeal through our own marketing, by showcasing women in the industry, working with organisations such as Dea Latis and by investing in industry-wide initiatives such as There’s A Beer For That.

UK Women Raise A Glass To Beer added by Newsroom on October 1, 2015
View all posts by Newsroom →