Vita Coco Wants You to ‘Just Get Thirsty’ with Oddball Campaign

By Newsroom on May 18, 2016Comments Off on Vita Coco Wants You to ‘Just Get Thirsty’ with Oddball Campaign

Vita Coco, the coconut water drink, encourages people to work up a thirst any way they can in a new campaign from Droga5 London.

The first ad in the campaign, called “just get thirsty”, features a louche Frenchman in a Bangkok karaoke bar singing Celine Dion’s It’s All Coming Back To Me Now – as it might sound to someone who does not speak a word of English.

After belting out lines like “buddi so Camembert tuminah” (but it’s all coming back to me now) the Frenchman, played by Hocine Choutri, takes a swig of Vita Coco and the ad ends with the line: “however you do it, just get thirsty”.

The campaign is being promoted online in the US and in the UK, starting May 2016 and continuing until July. 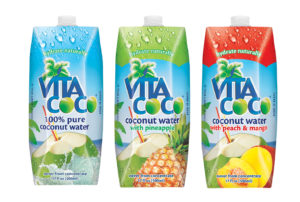 David Kolbusz, Droga5 London’s chief creative officer, said: “Energy drink brands have cornered the market on after-sport rehydration but we felt there was a wealth of opportunity in exploring the other ways people work up a sweat. In this case, through a passionate rendition of a karaoke standard delivered by a Frenchman with only a loose grasp of the English language.”

The new ad was created by Thomas Corcoran and Thomas Bender, and directed by Daniel Wolfe through Somesuch.

Charles van Es, vice president of marketing for the Americas at Vita Coco, added: “Drinking coconut water is one of those simple things you can do to make your life a little better. We don’t claim to be a life changer and working up a sweat doesn’t always have to be that serious either. That’s how we look at life here at Vita Coco as well: don’t take things too serious, especially being thirsty.”

This is the first campaign solely executed by Droga5 London since winning Vita Coco’s advertising business in April 2015.

Vita Coco Wants You to ‘Just Get Thirsty’ with Oddball Campaign added by Newsroom on May 18, 2016
View all posts by Newsroom →