Warburtons launches its latest social media campaign, ‘#140Years’, which celebrates 140 years of the brand’s rich history and heritage in 140 emojis.

The #140Years campaign cleverly leverages Twitter’s 140 character feature in order to celebrate the history of Britain’s favourite bakery brand – adding a fun and rewarding element to the extensive online conversation that Warburtons generates. It’s been 140 years since Ellen and Thomas Warburton started baking and selling loaves from their grocery shop in Bolton and the campaign allows social media users to follow them on their journey to the present day. 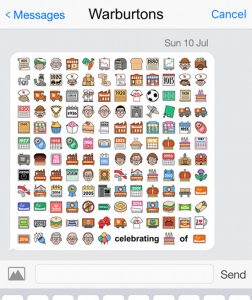 The social media campaign, created by WCRS in partnership with Twitter, will extol Warburtons’ past milestones by giving Twitter users the opportunity to win £140 every day. Warburtons will release a series of emoji based clues for the trivia challenges in the form of online films, GIFs and stills, illustrated by Dan Woodger. These clues will tell the brand’s story in a linear narrative, featuring emojis of key Warburtons stakeholders, including Jonathan Warburton and the stars of their most recent ads.

The online brand activation is one of the first to make use of Twitter’s new Conversational Ad offering (fresh out of beta) that allows users to enter at the click of a button, automatically generating their response. WCRS has also worked closely with Mindshare and Amobee to target the campaign at frequent emoji users on Twitter.

The social media campaign will kick off with an online launch film and will run across Warburtons social platforms for two weeks. The winners will be announced after the competition closes on Sunday 24th July. 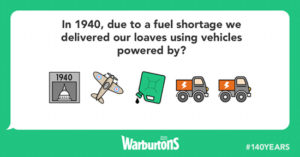 Sally Stanton, Head of Marketing at Warburtons, said: “The Warburton family is enormously proud of their history. Ellen Warburton is not only the founder of our company; she’s also the great-grandmother of Jonathan and the team who run the business today. We wanted to do justice to our story, and what better way of celebrating the past than by communicating it in the world’s newest, fastest-growing language?!”

Billy Faithfull, Executive Creative Director at WCRS, said: “Warburtons’ powerful mixture of heritage and modernity has stood them in good stead for 140 years, so the idea of celebrating history with the most modern form of communication was instantly a great fit and a good lol.” 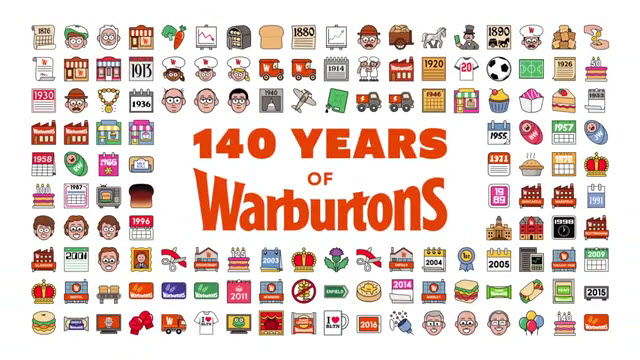