By Newsroom on September 12, 2016Comments Off on Weet-Bix Anthem ‘Aussie Kids are Weet-Bix Kids’ Gets a Makeover

‘Aussie Kids are Weet-Bix Kids‘ – the song that launched a million breakfasts – has been transformed into a truly anthemic piece of music after a nation-wide hunt for talent and song writing ability. The tune, which has become an iconic advertising asset since first launched in 1987, will form the basis of a new campaign for Weet-Bix via Sydney agency Channelzero, launching on Aussie TV screens on September 11.

The TVC was shot on location in the Hunter Valley, Sydney and Melbourne, reinvigorating the words and sentiments of the classic song and reflecting the diversity and fun inherent in the Australian way of life.

Weet-Bix senior brand manager, Alex Garas said the notion that Aussie Kids are Weet-Bix kids was as relevant today as ever before.

Garas said: “For us, being a Weet-Bix kid is not age related. We like to think that Weet-Bix helps raise our nation and that certainly doesn’t stop at adolescence. Our research shows that some of our most avid consumers are in their seventies and eighties and have relied on a Weet-Bix start to the day to lead a long and healthy life. What we are seeing with this new campaign is that all of us, from grommets on the beach to Aussie legends like Troy Casser-Daley and Kate Ceberano as well as new stars on the horizon Jai Waetford and Fletcher Pilon regardless of background or age, can be Weet-Bix kids. It’s a piece of advertising that we think will definitely make you smile.” 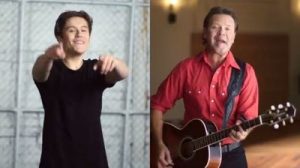 Channelzero executive creative director, Franky Callanan said it was a rare privilege to be able to work on something that looms large in the collective memory of so many Australians.

Callanan said: “Our strategy was to leverage the brand’s most powerful asset and get people to reach into the back of the cupboard and bring out the Weet-Bix. We wanted this campaign to reflect a modern, diverse Australia combined with a few iconic singers and new talent to bring a bit of fun and joy back to breakfast. Perhaps the greatest aspect of the project was working with a great client that had the courage to tackle such an Aussie classic. That’s a rare privilege and one we are very thankful for.”

The new Weet-Bix campaign, commences on TV and across digital channels Sunday, 11 September 2016.

Weet-Bix Anthem ‘Aussie Kids are Weet-Bix Kids’ Gets a Makeover added by Newsroom on September 12, 2016
View all posts by Newsroom →