By Newsroom on August 2, 2016Comments Off on Wild Turkey Bourbon Taps Matthew McConaughey as Creative Director

Wild Turkey announced a multi-year partnership with Academy Award-winning actor Matthew McConaughey, who has signed on as the brand’s new Creative Director. McConaughey will serve as the chief storyteller for Wild Turkey both behind the camera and in front of it, reintroducing the world to the legendary Bourbon brand, starting with a series of television and digital advertising campaigns he is directing, which will launch in September.

A Wild Turkey fan, McConaughey first visited the lauded distillery a couple of years ago, which is only about a 20-minute drive from the University of Kentucky, the place where his parents first met. It was there at the distillery, high above the Kentucky River, that he was introduced to Jimmy and Eddie Russell, the Bourbon Hall of Fame father and son Master Distiller team who have worked at the Wild Turkey Distillery for 97 years collectively. 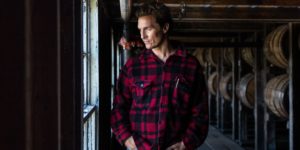 The actor, whose intense and passionate portrayals can be seen in such work as “Dallas Buyers Club,” “Interstellar,” “True Detective,” and the recent “Free State of Jones,” was intrigued by the three-generation family behind the Bourbon and the untold story of a truly iconic American brand.

“Wild Turkey has the history and qualities of a brand that depicts the dedication of someone to do something their own way – even if that way isn’t always the most popular,” said McConaughey. “I want to help share their unique story, starting with a new ad campaign that I feel really captures the special essence of this brand while introducing itself like never before.”

McConaughey will first be seen on the Wild Turkey YouTube channel in the short film which chronicles a visit to the Wild Turkey Distillery, as he bonds with three generations of Russells and explores what has made Wild Turkey a legend in the Bourbon business. That will be followed by McConaughey demonstrating his creative vision in a series of advertising spots, directing and starring in a global campaign slated to begin running in September. He will also be featured in a print campaign. 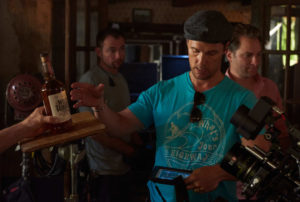 Wild Turkey’s new television advertising campaign will see McConaughey serving as a commercial creative director and behind-the-camera director for the first time in his illustrious career.

“When making a movie, you have two hours to tell a story,” remarked McConaughey. “Here I have 30 seconds to reintroduce the world to this authentic American brand that has helped shape an entire U.S. industry, Bourbon. It will be a very interesting and fun challenge.”

“I’ve spent more than 60 years doing what I love every single day. Everyone at Wild Turkey is passionate about making whiskey, and making it the right way, never wavering from what we thought was best,” said Wild Turkey Master Distiller Jimmy Russell. 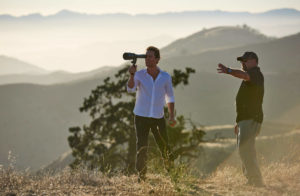 “As we introduce a new generation to Wild Turkey, it was important to me to find someone who shares our passion and understands what makes Wild Turkey special. After spending time with Matthew at the distillery, I was impressed by how much he knew about Wild Turkey and how interested he was in telling the world more about us. It is incredible to think that an Oscar winner would want to help tell Wild Turkey’s story, but like an extra scoop of ice cream on pecan pie, I will certainly take it.”

“It’s a new era for Wild Turkey,” added Bob Kunze-Concewitz, CEO at Gruppo Campari, owner of Wild Turkey, “We’ve made a significant investment into the brand over the last several years, as we’ve always strongly believed in the quality of the product and the special story behind the people who make it. With Matthew McConaughey now on board, we believe we are ready to share that story with the entire world.”