By Newsroom on September 26, 2016Comments Off on W+K Amsterdam Brings Tenderness of Milka to China with Latest Ad

Milka, the world’s most tender melting chocolate, launches in China with an integrated national campaign positioned under the brand’s global ‘Tenderness is inside’ platform.

The campaign – which includes film, digital and social activations, VR executions and an exclusive partnership with Alibaba – launches Milka in China for the first time and marks Mondelēz International’s first major foray into China’s chocolate market.

Unlike its existing exposure with small imported volumes of Cadbury and Toblerone, the launch sees Mondelēz now produce 12 Milka products in China using milk imported from the Alps, with further special editions planned for holidays.

Revealed on September 26, the campaign launches with an exclusive partnership with e-commerce giant, Alibaba, where visitors in China can directly purchase Milka products on the site and watch Lost & Found on the homepage, the 2-minute film at the campaign’s heart.

Building on Milka’s global ‘Tenderness is inside’ brand platform which launched in April, the film is set in the idyllic fictional town of Lilaberg and brings the tenderness of Milka to China with a fable of a little girl’s plan to save her father’s job. With the help of some kind-hearted townsfolk, a honking goose and a Milka chocolate bar, the girl’s success is a universal reminder that a little tenderness can help turn things around.

Created by Wieden+Kennedy Amsterdam, the film will air nationally in cinemas and on TV in 60, 30 and 15-second versions, with online and in-store executions further underpinning Milka’s launch into the market. In October an unboxing social media campaign and VR execution created by W+K Shanghai will specifically communicate Milka’s unique creaminess and bring consumers into the brand world.

Leveraging China’s unboxing craze, selected influencers will share films across their social channels throughout October of opening a box that contains a specifically crafted, one-of-a-kind miniature Milka world – a world which introduces Milka’s aspiration Alpine world and tender brand values. Later in the month fans will also get the opportunity to live the Milka world first hand, as a VR experience will be rolled out at special events across China that will take Chinese consumers into the Alpine world itself. 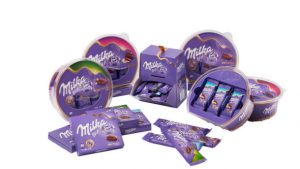 César Melo, President – Global Chocolate at Mondelēz International, says: “The launch of Milka in China is a significant step in our journey to build a truly Global brand outside of Europe. With 30 years’ experience selling other Mondelēz confectionary and snacks into China and our understanding of the market in general, we’re confident that our first major introduction into China’s chocolate market will be a success and that customers will resonate with the aspirational positioning and tender values of Milka’s Alpine brand world as much as the chocolate itself.”

Daniel Schaefer and Szymon Rose, W+K Amsterdam Creative Directors, say: “In developed European markets we have a well established Milka world, which allows us to bring the tenderness of the brand to people through our Alpine fables. Now we have the opportunity to bring this world to Chinese consumers in a new and refreshing way, which is unlike any other communications in China.

Launching a fully integrated campaign across all channels in such a vast and digitally developed market is a great creative challenge. It was important for us to stay true and authentic to the brand world and the brand promise throughout in order to bring this compelling tender insight and platform to a huge number of potential new Milka fans.”

W+K Amsterdam Brings Tenderness of Milka to China with Latest Ad added by Newsroom on September 26, 2016
View all posts by Newsroom →