By Newsroom on February 9, 2018Comments Off on adam&eveDDB Raises a Glass to Love for McCain’s ‘We Are Family’ Campaign

McCain has launched ‘Here’s to Love’, the next execution of the ‘We Are Family’ series, turning the spotlight onto relationships and love by celebrating how a wide range of different couples connect nowadays. 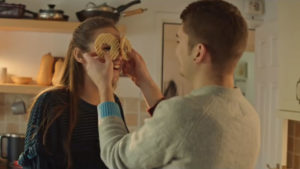 Created by adam&eveDDB, the £3.2 million multi-channel We Are Family: ‘Here’s To Love’ campaign will be rolled out across TV, VOD, OOH, cinema, print and online media and social channels for six weeks.

The advert, which was directed by Knucklehead’s Finn McGough, is the second in the We Are Family series and shines a light on couples with a diverse mix of real people. The first advert, which launched last September, featured real families in their homes and the reality of modern day family life and mealtimes – the new campaign is an extension of its focus on teatimes which it started in 2015. 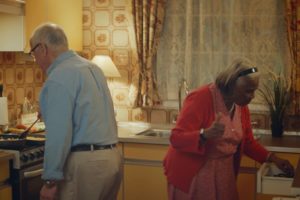 Stemming off the back of research which identified that 84% of consumers were unable to recall seeing anything in popular culture that featured a family like their own, the campaign celebrates real relationships and love, with the intention of reflecting the reality of the British population who buy McCain products.

‘Here’s To Love’ debuts on Channel 4 on 9th February, targeted at adults looking to make weeknight meal occasions special and highlighting the suitability of McCain’s chilled and frozen range. McCain first entered the chilled potato category in September 2016, focusing on two-person households through the launch of two new ranges. This meal for two at-home experience has been replicated in the latest advert, which also aims to touch on the growing consumer demand for products that mirror dining out trends and offer a simple option for adults looking to cook something tasty for tonight. 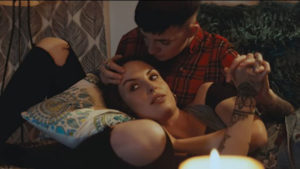 Featuring the voice of actor and comedian Ricky Tomlinson, the advert follows eight couples during everyday moments and highlights how they interact with one other over meal-time.

This will be complemented by wider activity across PR, led by freuds, with content featuring the stars of the We Are Family: ‘Here’s To Love’ advert, uncovering their meal-time habits as they connect over their ‘something nice for tonight’ dinners. 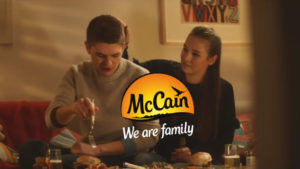 Mark Hodge, Marketing Director at McCain, commented: “It was great to work with all the couples in the latest iteration of the We Are Family campaign. Their genuine relationships shine through in the advert and showcase the true pleasure of coming together with the people we love and the special mealtime moments we connect over, which is what this campaign is all about. As a family company focused on people and values, and as a major advertiser in the UK, we’re proud that we continue to lead the way in celebrating the diversity of people up and down the country through our marketing and content.”

Ben Tollett, Group ECD at Adam&EveDDB, commented: “We wanted to create an ad that threw a spotlight on real couples’ nights in. Not in a schmaltzy, sappy way. But in a truthful, emotional way. Here’s to the eight brilliant couples who invited us into their homes to film them doing their thing. Proof once again that it’s ordinary people that make our world extraordinary.”

adam&eveDDB Raises a Glass to Love for McCain’s ‘We Are Family’ Campaign added by Newsroom on February 9, 2018
View all posts by Newsroom →