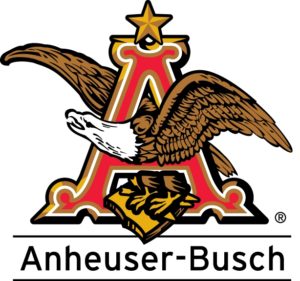 Anheuser-Busch announced it will debut five new ads during the Super Bowl XLVIII broadcast on FOX on Sunday, Feb. 2. Iconic brands, Bud Light and Budweiser will represent Anheuser-Busch in 3.5 minutes of creative.

“The Super Bowl is the biggest moment in sports and advertising,” said Paul Chibe, vice president, U.S. marketing. “With the largest television audience of the year, it’s an unprecedented opportunity and we make the most of it. We have a game plan in place this year to deliver creative that celebrates Bud Light and Budweiser while reaching loyal beer drinkers and new generations.”

“‘The Perfect Beer for Whatever Happens’ will be the most robust and digitally integrated campaign in Bud Light history,” said Rob McCarthy, vice president, Bud Light. AKQA is the lead agency for Bud Light digital.

The official beer sponsor of the NFL will also use advertising’s biggest stage to debut the new Bud Light reclosable aluminum bottle with a 30-second spot title “So Cool.” Holding the coveted 1A position in the game, “So Cool” will feature the world debut of a new song from a well-known artist. The spot was created by Cannonball. 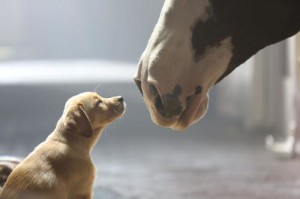 Budweiser will be in the game with a 60-second and a 30-second spot—both featuring the world-famous Budweiser Clydesdales. Budweiser will continue its long-standing support of the U.S. military and celebrate returning troops with “Hero’s Welcome.”

The beloved Budweiser Clydesdales will also be featured prominently in “Puppy Love,” which continues the story of 2013’s celebrated “Brotherhood” spot and focuses on the connections animals share with one another at Warm Springs Ranch, Budweiser’s Clydesdale breeding ranch.

The ad features Don Jeanes reprising his role as Budweiser Clydesdale trainer and introduces a new, young star – a 10-week old puppy that forges a bond with the Clydesdales and, through tenacity, ultimately earns a place on the team. The creative agency for these spots is Anomaly, with AKQA as the lead agency for Budweiser digital.