By Newsroom on June 27, 2014Comments Off on Bacardí USA Asks Fans to Petition for Football Viewing Breaks During the Workday

In sports, there are fans, and then there are untameable fans; those who take things to another level with their exuberance and unbridled enthusiasm for the game.

To celebrate this spirit, Bacardí rum has announced its Bacardí Untameable Fan contest, whereby football fans are encouraged to sign and share a petition demanding that employers provide three-hour viewing breaks during the workday this summer for a chance to win the ultimate viewing party. 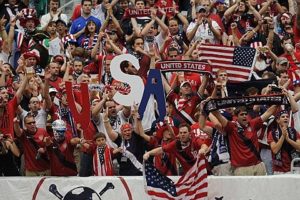 Bacardí Untameable fans believe watching the world’s best compete in Brazil is a right and signing this petition could make it a reality.

Football fans everywhere can log on here to sign and share the petition. Every fan who signs will be entered for a chance to score the ultimate viewing party during the final match, including transportation to and from the winner’s residence to the location of the party, a private screening area for the game and a feast for up to 10 friends 21-years of age or older. The Bacardí Untameable Fan contest winner will be announced July 7, 2014 on the contest webpage. 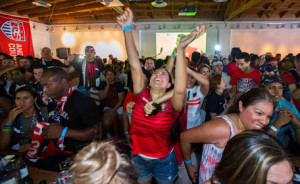 “The Bacardí Untameable Fan contest is designed to inspire our consumers to boldly pursue their passions,” said Arvind Krishnan, VP of Marketing – Rums, at Bacardi U.S.A., Inc. “As a company, Bacardi has a remarkable history built on the pursuit of passion and celebrating one’s irrepressible spirit–so it’s a natural fit for the brand,” Krishnan added.

Bacardí Untameable Fan is an extension of the brand’s ongoing global campaign “Bacardí Untameable Since 1862,” which comes to life nationally through television, digital and print ads that embody the true grit and determination that sustained the rum brand and helped it thrive.

Bacardí USA Asks Fans to Petition for Football Viewing Breaks During the Workday added by Newsroom on June 27, 2014
View all posts by Newsroom →