Beer Is The New Wine When It Comes To Food

By Newsroom on November 20, 2014Comments Off on Beer Is The New Wine When It Comes To Food 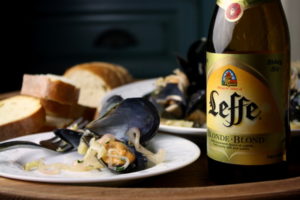 More than a third of Brits (36 per cent) now choose beer over wine as their preferred beverage when dining, according to new research from speciality beer Leffe, indicating it may just be giving wine a run for its money at the table.

The UK’s favourite beverage, great beers are best associated with the pub, however 42 per cent of people polled revealed they are more likely to drink beer with a meal now than they were five years ago, with nearly two thirds (64 per cent) considering it more socially acceptable to order a beer in a fine dining restaurant.

Interestingly, a quarter (25 per cent) of Brits reported that they choose beer over wine to have with their roast dinner, whilst one in 10 people say they have been served beer with a meal at a dinner party and over a quarter (27 per cent) drink beer with gourmet bar snacks such as posh pickled eggs and sausage rolls.

The food and beer matching movement is quickly gathering pace thanks to the growing popularity of speciality beers with robust layers of flavour, such as Leffe.  Nearly one in five (18 per cent) say they think this is due to an evolving palate and 42 per cent believe it is because many pubs and restaurants now have beer and wine lists offered side by side. 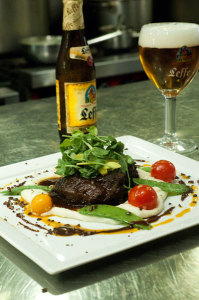 Brits are also becoming more knowledgeable and opinionated when it comes to what they want from their beer.  41 per cent of Brits say that craftsmanship is key to a good beer, with 31 per cent saying that origin is most important and a further third (33 per cent) stating its compatibility with food is essential.

Beer and food have been intrinsically linked for centuries, but the pioneering thinking and artisanal methods from brewers, coupled with Britain’s foodie revolution now means food pairing possibilities are endless.

“We’re thrilled that more and more Brits are discovering the possibilities of beer as an accompaniment to a variety of cuisines.  We’re seeing more and more restaurants offer beer pairings with tasting menus and some even have dedicated beer sommeliers.  We think this trend is here to stay which is why earlier this year we partnered with Michelin starred chef, Kevin Love, to award and acknowledge the pubs and restaurants across the country serving the best gourmet bar snacks that go well with speciality beers like Leffe.”

Beer Is The New Wine When It Comes To Food added by Newsroom on November 20, 2014
View all posts by Newsroom →