Leading frozen food brand, Birds Eye, has announced the launch of its inaugural Fish Finger Sandwich Awards to celebrate the UK’s love for one of its most popular sarnies. Coinciding with National Sandwich Day (3rd November), the launch of the Awards provides Brits with the opportunity to be crowned King or Queen of fish finger sandwiches and win the chance to see their recipe featured on select packs of Birds Eye fish fingers. 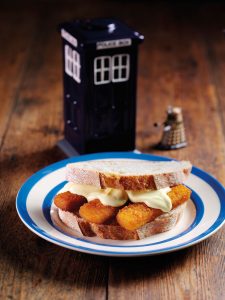 Since Clarence Birdseye created the humble fish finger in 1955, it has become one of the nation’s best-loved and most-consumed teatime treats. New data from Birds Eye shows that we’re eating more fish fingers than ever before, with sales of £85m this year – the equivalent of a whopping 1.5 million fish fingers eaten each day, or 18 every second.

To celebrate this love, Birds Eye is giving Brits the chance to achieve fish finger fame, with the frozen food giant looking for the most innovative and attention-grabbing fish finger sandwich creations.

The Fish Finger Sandwich Awards will have two categories – one for the general public and one for foodservice – with entries appraised on criteria including presentation and innovative use of ingredients. Following an entry period of six weeks, a panel of fish finger experts will shortlist three sandwich creations from each category to go through to the Grand Final. The panel of judges consists of:

Devised and created by Mischief PR and Recipe, the Fish Finger Sandwich awards are being promoted across Twitter, Facebook and Instagram and in partnership with the blogger community and London fish finger restaurant Two Fingers.

Budding fish finger sandwich chefs can submit an entry by sharing a photo of their creation alongside a short description and list of ingredients it contains, to the Birds Eye Facebook page, and including the #myfishfingersandwich. 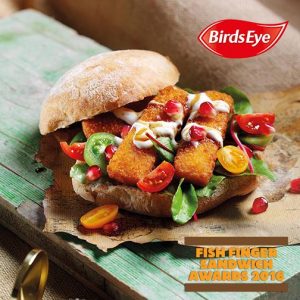 Steve Chantry, Birds Eye UK Marketing Director, comments: “Fish finger sandwiches are an iconic British institution. As the leader in the frozen food category, Birds Eye fish fingers make up 70 per cent of the total fish fingers market, and are seeing growth of 1.4% year-on-year, so we want to give pubs, restaurants, cafés and fish finger lovers up and down the country the chance to claim the coveted title of the first-ever winner of the Fish Finger Sandwich Awards.”

Winners of the inaugural Awards will be recognised at a ceremony in central London in February 2017.  Entries will be open from Thursday 3rd November and close on Friday 16th December.