By Newsroom on March 31, 2014Comments Off on BMB Channel the Beatles for McCain’s New Outdoor Campaign 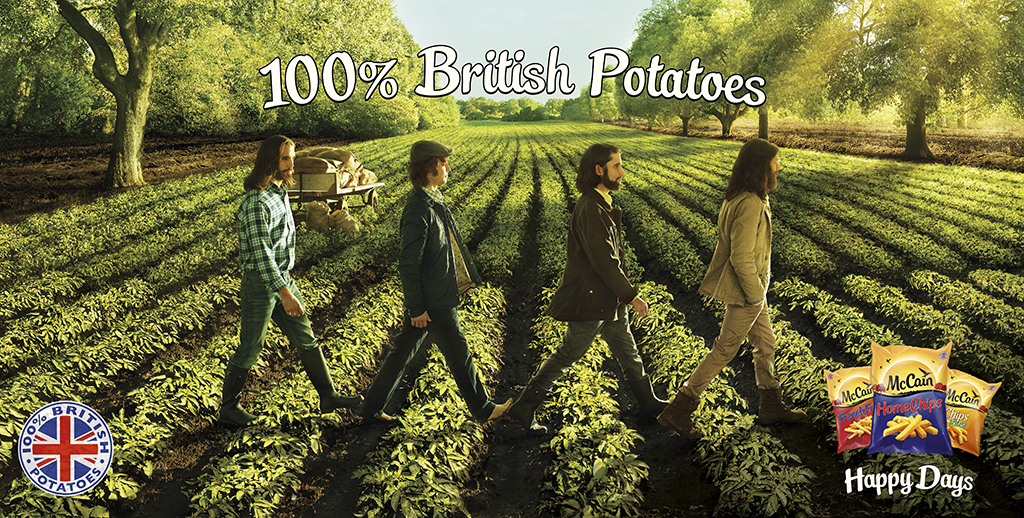 In order to highlight McCain’s use of 100% British potatoes, creative agency Beattie McGuinness Bungay (BMB) decide to channel one of the most iconic British product – the Beatles.

The potato crisps brand approached BMB to come up with an advertising campaign celebrating their usage of British potatoes.

“At McCain, they use the finest British potatoes, simply prepared. Work with selected farmers, some of whom they have worked with for three generations. This means they know where their potatoes come from and what potato is right for making the perfect chip (or any other of our McCain products),” commented BMB. “This fact formed the basis of our brief, which was to simply celebrate the use of 100% British potatoes by McCain. The creative idea was to recreate an iconic British image.”

The print and outdoor campaign channels the iconic ‘Abbey Road’ image of the Beatles with a tag line of “100% British Potatoes”.

The following are the full credit for the campaign: 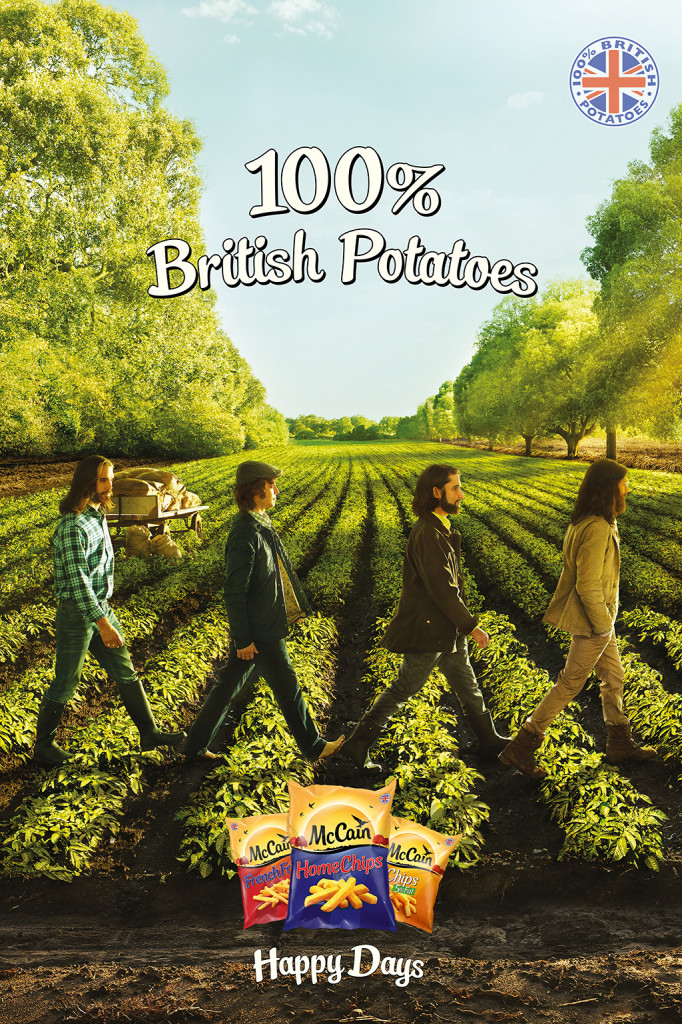 BMB Channel the Beatles for McCain’s New Outdoor Campaign added by Newsroom on March 31, 2014
View all posts by Newsroom →