By Newsroom on March 20, 2013Comments Off on Brazil is the New Market for Luxury Ice cream

While ice cream manufacturers may have previously targeted areas outside of the North of Brazil for luxury ice cream, latest research from Mintel reveals that times  – and locations for demand – are changing.

Indeed, according to Mintel’s research, it is those in the North East who are currently the biggest consumers of premium ice cream – with one in ten (12%) of consumers in that area saying that they consume this type, compared to 9% in Central West, and 5% in South East and 5% in the South respectively. 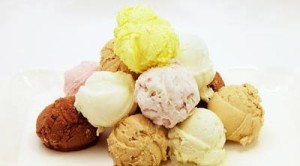 “Ice cream companies need to be aware of the differences between regions in Brazil – and how consumer behaviour within them may be rapidly changing. The North East region has been growing economically along with the rest of the country, and it is already growing in terms of luxury goods retailing in the region, but is still underexplored. While premium brands trend to invest more in the South East region, mainly in São Paulo, consumer affluence in the North East region is growing – and with it a propensity towards premium brands – offering a great market opportunity for the development of premium variants.”

“Premium brands can tap into this market, which still consumes little ice cream, by working with established leading and supermarket own brands. This can allow them to encourage current users of a certain brand to trade up, while the premium options can also attract new consumers to the category. In addition to inspiring trust, the introduction of smaller sizes  – such as the 100ml mini pots used more widespread in other countries – could also encourage consumers to trade up to premium products, while also making  it more affordable,” Naira continues.

Mintel’s research shows that the ice cream market in Brazil has shown significant growth of 33% in the last five years, reaching a volume of nearly 398 million litres and a value of approximately R$3.5 billion (approximately US$2 billion). 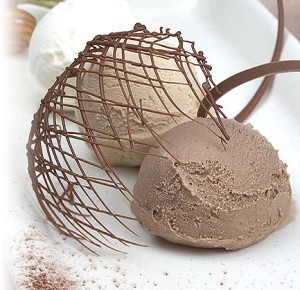 The growth in value sales stood at 47% over the 2007-11 period, noticeably ahead of the growth in volume due to the increase in taxes applied to the category.

This figure increases even further to 34% of those in the C2DE classes. Highlighting room for improved consumption volumes, the average consumption of ice cream per person in Brazil is approximately 2.3 kg per year, compared to an average of 17 kg per capita for American consumers over in the same period and 5.5kg for British consumers.

Meanwhile in New Zealand this figure stands at 12kg per head, 10kg in Norway and Australia respectively and 8kg in Sweden.

“Due to the economic rise of lower socio-economic groups in Brazil, it is expected that more people will begin to consume nonessential products, such as ice cream. There is a great opportunity for the industry to provide products that meet this new customer demand—for example, offering indulgent flavors, smaller sizes that fit customers’ budgets and greater product accessibility in terms of distribution channels,” Naira continues.

Further opportunity for ice cream in Brazil may also come from the 66% of consumers who agree with the statement:

However, despite this, there are currently few new product launches annually with “natural,” “minus,” “plus,” and “functional” claims.

Indeed, Mintel’s Global New Products Database (GNPD) found that between 2009 and 2012, just 5% of all ice cream launches in Brazil had a natural claim. 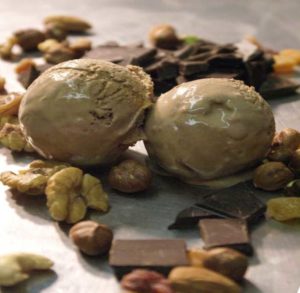 “One of the key market opportunities in Brazil is in products that position themselves as healthy – considering the addition of vitamins and fibre may make ice cream a more nutritious and healthier food in the eyes of the consumer and increase consumption. It is necessary to put taste and “natural” credentials together, which can be achieved through claims about the ingredients as well as the product’s image or packaging. Product innovations that deliver these benefits are well-positioned to stand out among consumers. However, for “healthy” and “natural” attributes to gain greater importance at the time of purchasing an ice cream, it is also up to the brands to help consumers with information about the ingredients and their health benefits, creating relevance for the “natural” ingredients,” Naira explains.

Despite the lower frequency of ice cream amongst consumers aged 25-34 (29% of them against 36% aged 16-24) they represent great potential for consumption.  The Mintel Inspire trend Play Ethic highlights that young adults today are also known as “Generation Next”, arguing that most Brazilians between 18 – 29s still live with their parents.

Richard Cope, Director of Insight and Trends at Mintel, said:

“Twenty somethings staying at home have the potential to become key consumers of premium, indulgent food products. Food for adults is usually marketed around serious things like fiber content and heart-healthiness – and whilst even ice cream can be invested with these functional qualities – there’s room for brands to take a more playful approach. Our trend research has found opportunities for companies to bring back actual brands from our childhood, and things like ice cream can be marketed around the idea of taking a break from being an adult to indulge in your inner child, but they can also be positioned as on-the-go rewards and use social media campaigns to appeal to the modern, upwardly mobile young consumers.”

Brazil is the New Market for Luxury Ice cream added by Newsroom on March 20, 2013
View all posts by Newsroom →