By Newsroom on September 20, 2016Comments Off on Brits Encouraged to ‘Switch it Up’ to Reap Rewards by AB InBev UK 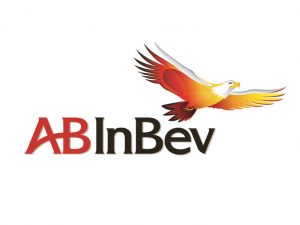 New research from AB InBev reveals that over three quarters (78%) of Brits consider themselves to be moderate drinkers, with health benefits being the key factor in driving smart drinking habits; a third of Brits thank smarter drinking for staying in shape. The results suggest that Brits are switching it up and are well on their way to a more moderate drinking culture, with only 16% of Brits admitting to drinking above the recommended guidelines.

What we miss if we aren’t smart with our drinking

We have all experienced a hangover, but some have had it so bad that they’ve missed a day at work (14%), with Londoners the worst culprits (20%). On the flip side, it comes as no surprise that a quarter (25%) of 18-34 year olds enjoy feeling more productive at work if they’ve moderated their drinking the evening before.

Thirteen percent have skipped plans with friends – rising to nearly a quarter for those aged 18-44 (23%). Thirty-seven percent of students admit to missing university lectures as a result of a heavy night. 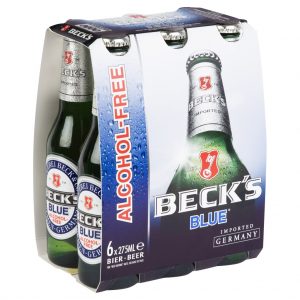 Brits don’t just miss out if they over-consume – 18% of people have also been to a wedding that’s been ruined by someone drinking too much. A further 17% percent have had a family gathering affected, and work events have been spoilt for 16% of people. Nearly a quarter (23%) of those aged 18-34 have been to a birthday that’s been interrupted by someone who can’t moderate their drinking.

What motivates people to moderate

Britons main motivation to moderate their alcohol intake is to be healthier (29%). Nineteen percent of Brits want to manage their weight better, and 18% want to avoid a dreaded hangover. Almost a fifth are motivated by the monetary savings of moderate drinking (20%).

The average Brit spends £47 a month on alcohol – that amounts to nearly £600 a year. On top of this, a third of Brits have admitted to online shopping whilst under the influencer of alcohol. However, by moderating their alcohol intake, 15% of Brits have gone on holiday with the money they saved.

Some of us think about the shorter term benefits of being smart when drinking – almost half (45%) of Brits enjoy being in control on a night out and 38% moderate their drinking so they don’t embarrass themselves during the evening or say inappropriate things (29%). Over a quarter (27%) feel like they look better on a night out when they drink sensibly.

Furthermore, the ultimate benefit of moderate drinking appears to be the lack of a headache the next day (47%)!

“We’re asking Brits to switch it up so they can experience the benefits of moderating their alcohol intake first hand – it’s great to see that health is a key factor for the British public in driving responsible drinking, with 41% moderating their consumption to feel healthier. Offering consumers a variety of great tasting, alcohol-free options is an important part of our commitment to responsible drinking at AB InBev, and our aim is to empower consumers to make smart choices and reduce the harmful use of alcohol by the end of 2025. Through our Global Smart Drinking Goals we also want to ensure that No- or Low-Alcohol beer products represent at least 20% of our global beer volume by 2020. We are proud to brew Beck’s Blue, the market leading alcohol-free beer in the UK and will continue to lead the way in low and no-alcohol beer.”

AB InBev’s Global Smart Drinking Goals aim to empower consumers to make smart drinking choices and reduce the harmful use of alcohol by the end of 2025. Brits are able to moderate their alcohol consumption by opting for Beck’s Blue or Beck’s Blue Lemon; swapping every other alcoholic drink for a Beck’s Blue, or switching it up altogether, will enable them to moderate their alcohol consumption, and most importantly, reap the rewards.

Brits Encouraged to ‘Switch it Up’ to Reap Rewards by AB InBev UK added by Newsroom on September 20, 2016
View all posts by Newsroom →