By Newsroom on May 21, 2014Comments Off on Budweiser Unveils Marquee FIFA World Cup Ad & Announces Budweiser Hotel by Pestana 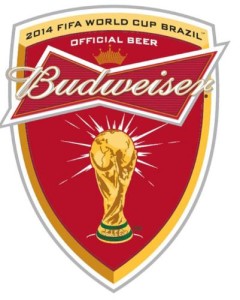 The series of football-themed activations, both on-site and around the world, includes the brand’s centerpiece television advertisement for the tournament, Celebrate As One, and the unveiling of the much anticipated Budweiser Hotel, located on the iconic Copacabana Beach in Rio de Janeiro, Brazil.

Celebrate As One captures the explosion of energy and celebration felt around the world after a decisive goal is scored. The commercial, which will air globally, dramatizes the power of football to unite people from different corners of the world around one single moment of shared celebration.  As the brand’s marquee ad for the tournament, and in line with the Rise As One campaign theme and first commercial, Celebrate As One was filmed in black-and-white, putting aside the colors of national flags and jerseys, instead highlighting the passion, and pride for the sport that unites fans around the world, regardless of the team they support.

“Bringing the 2014 FIFA World Cup to Brazil is a unique moment for football, and presents us with the perfect stage to provide fans with an unforgettable experience both at the tournament, and all around the globe,” said Andrew Sneyd, Global Vice President, Budweiser. “No other competition offers such powerful moments of celebration, optimism and camaraderie to its fans, and Budweiser will be right there on the ground to share in those moments and help make them more exciting than ever before.” 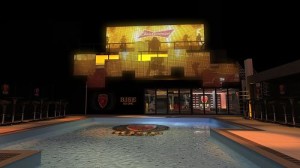 Building upon its legacy for creating must-attend attractions at major global sporting events, Budweiser will once again establish the premier destination for fans and athletes in Rio de Janeiro, as the brand brings an epic fan experience to Copacabana Beach, creating the hottest spot for exclusive events during the FIFA World Cup Brazil.

On June 12th, Budweiser will roll out the red carpet for the hotel opening, which will feature an exclusive performance by world-renowned DJ Nicky Romero. The bass will continue bumping throughout the tournament with a concert lineup headlined by some of the most popular EDM artists, including: Zedd, Major Lazer, Above & Beyond, and more

The Budweiser Hotel by Pestana will offer the ultimate fusion of entertainment and sports, as legendary FIFA World Cup players join in on the action, including appearances by Brazilian legends Bebeto, Dunga, Cafu, and French legend Lilian Thuram among other international stars. 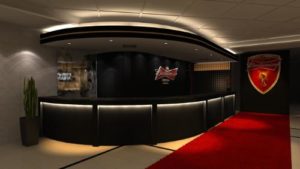 Football fans around the world can join in on the celebration as the brand, together with partners Facebook Studio and VICE, bring the stories and sounds to life each day.  Budweiser will take the celebration global as the brand hosts viewing parties in 12 countries around the world, encompassing over 3,000 events over the 30 days.  Budweiser will join the most passionate fans in their local pubs and communities to toast to the tournament, with viewing parties taking place in markets such as the US, UK, Canada, China, Russia, Peru, Ukraine, Australia, Japan, Sweden, Singapore and the United Arab Emirates.