By Newsroom on July 24, 2018Comments Off on Bunnahabhain Unveils New ‘The Sound of Islay’ Positioning 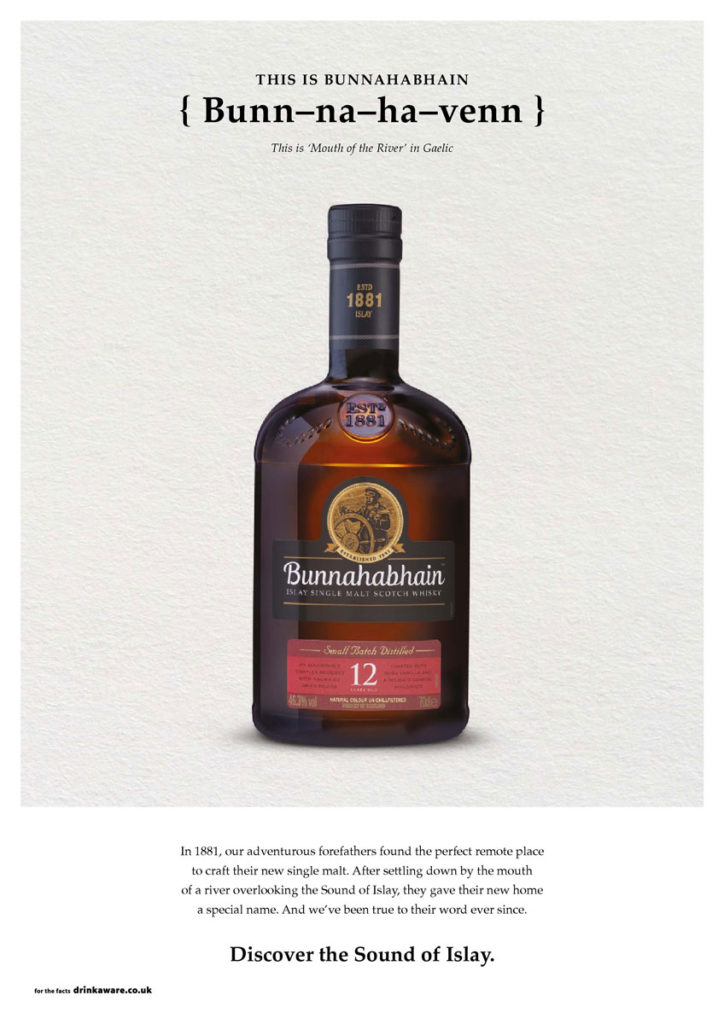 Islay’s most remote distillery is harnessing the ‘The Sound of Islay’ in a new brand positioning and marketing campaign aimed at celebrating the rugged, romantic isolation of Bunnahabhain and its sea-faring heritage.

A play on both the distillery’s location on the narrow strait of sea between Islay and Jura, as well as the brand’s Gaelic naming convention, the campaign uses phonetic spellings to portray ‘The Sound of Islay’.

Leading with a digital campaign, ‘The Sound of Islay’ will bring consumers closer to the unique sound of Bunnahabhain’s location, production and pronunciation in a playful manner.

“The Sound of Islay campaign aims to take people on a journey to discover the unique pace of life at Bunnahabhain, showcasing all of the aspects that make our whisky so special – from the challenging trip to get there, the summer rain that will one day will become our precious spirit, to a warm welcome in the most remote corner of Islay,” said Derek Scott, Brand Director for Malt Whisky.

“The new positioning highlights the brand’s personality with humour in embracing the fact that many people find our whisky names such as Stuireadair {Stew-rah-dur} difficult to pronounce. We hope this will aid us in driving a closer connection between our whisky, which is enjoyed worldwide, and our locational heritage through our Gaelic roots.” 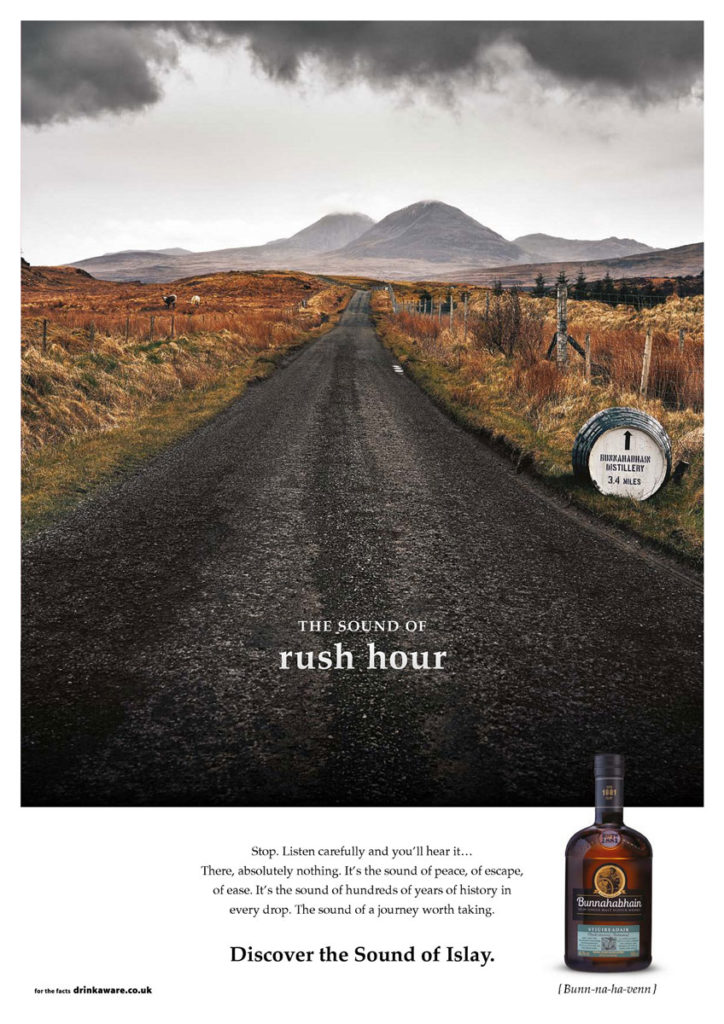 Bunnahabhain, which translates as ‘mouth of the river’ is an unusual Islay distillery as its core expressions are largely non-peated. Without the veil of strong and smoky peat that the ‘Whisky Isle’s’ malts are known for, Bunnahabhain allows the distillery’s remote location to shine through in the character of its whisky.

Maturing all of its malts on site in its seaside warehouses perched on the rugged coastline of the Sound, Bunnahabhain has a long, salt-sprayed history with the sea leaving an indelible mark on every bottle of whisky crafted there.

Bunnahabhain’s award-winning portfolio of malts have been recognised across the globe for their salty brine and light complexity owed to its coastal location on the Sound of Islay.

In 2018, the brand won Best Scotch Islay 21 Years & Over at the World Whisky Awards for its signature 25 Year Old expression, which was supported by unprecedented sweep of wins across all Islay age categories for its 12 year old, 18 year old and non-age-statement, Stuireadair.

Bunnahabhain Unveils New ‘The Sound of Islay’ Positioning added by Newsroom on July 24, 2018
View all posts by Newsroom →