By Newsroom on March 4, 2014Comments Off on Captain Scrapped as Birds Eye Launches New Branding 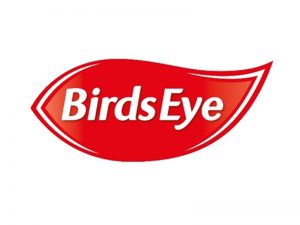 The relaunch from parent company Iglo Group will see the introduction of a new logo and packaging, designed by JKR, according to Birds Eye.

The campaign, called The Food of Life, aims to ‘champion real food and the way real people eat and interact at meal times’, according to Birds Eye.

JKR created new branding and packaging for Birds Eye in 2007, replacing the former red marque, created by Carter Wong Tomlin and the then Brewer-Riddiford in 2004, with a transparent graphic.

Now, the red is reintroduced, though the incumbent teardrop-shaped holding device remains.

According to Birds Eye, £5million will be spent in the UK at the launch phase of the campaign, with £16million spent throughout the year.

The brand is also trebling its digital spend, and is set to launch a new ‘digital hub’ featuring content such as mealtime food and drink ideas and tips on ‘topics of conversation and must-have accessories or props’, says Birds Eye, which can be shared on social media.