By Newsroom on February 16, 2017Comments Off on Carling Digital Font to Entertain Pub Goers at the Bar 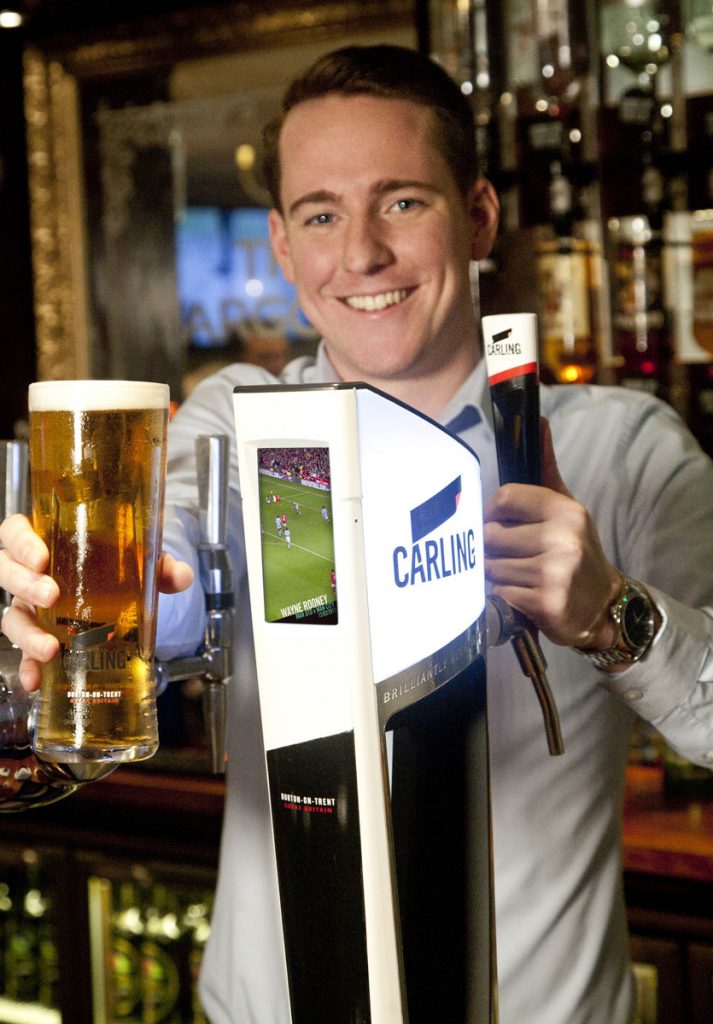 Carling has unveiled a prototype digital font to entertain pub goers at the bar by delivering compelling video content.

The prototype font has been installed in The Argosy, a Sizzling Pub & Grill in Derby. Further trials are planned to enable Carling to assess the response from consumers and customers.

Commenting on the launch, Carling Brand Director Jim Shearer said: “The font is the latest in a series of digital innovations for the brand. In addition to pouring a fantastic pint of Carling, we believe the digital font will be a conversation starter at the bar when people see the amazing Premier League content.”

Tom Redwood, Operations Director, Suburban Pubs at Mitchells & Butlers said: “At Sizzling Pub & Grill, we are continuously exploring ways to innovate and entertain. We’ve enjoyed working with Carling on this new font and it has already received a very positive reception from our guests.”

The font is the latest addition to Carling’s line-up of digital innovations. The Carling Tap app gives fans the chance to vote for their Carling Goal of the Month whilst the Carling Beer Button will allow consumers to order beer from grocers at the touch of a button.

Carling Digital Font to Entertain Pub Goers at the Bar added by Newsroom on February 16, 2017
View all posts by Newsroom →