By Newsroom on February 15, 2016Comments Off on Carlsberg Kicks Off UEFA EURO 2016 Campaign in the UK 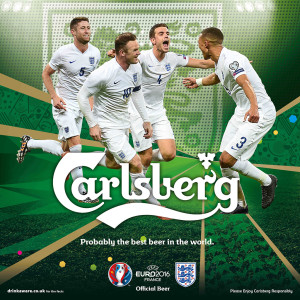 The brand’s iconic “If Carlsberg Did…” campaign will focus on ‘substitutions’ in the lead up to and during the tournament. Well-known local pub signs like The Red Lion will be substituted with patriotic alternatives such as The Three Lions, while a series of stunts, to be revealed in the lead-up to the event, will help football fans to substitute the ordinary for the extraordinary in everyday situations and win tickets to watch matches in France.

If Carlsberg did Substitutions will be supported by significant investment in a four-week outdoor campaign with 1,500 panels across the UK, reaching 72% of all UK adults. The panels’ messages will encourage fans to put their rivalries aside and substitute support for their club with support for their country. In addition, TV idents will be shown during 15 matches broadcast on ITV including the tournament’s semi-finals and final while perimeter LED advertising boards will highlight the brand at every match.

In trade, Carlsberg UK customers will benefit from the brand’s sponsorship of the tournament with 10,000 point of sale kits available to publicans throughout England, Wales and Scotland. Exclusive sponsorship assets such as England player imagery and UEFA EURO 2016 branding will feature in the packs that include fixture posters, planners, flags and wigs to help add to the consumer buzz surrounding games. 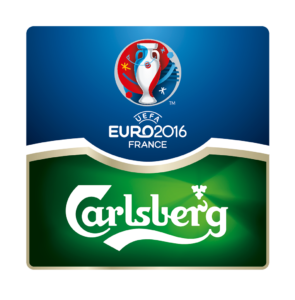 Carlsberg UK’s Premier Sports Club has been re-launched as a digital support tool in time for the tournament and will provide a range of tools including exclusive social media content to help drive consumers to their outlet.

Carlsberg will also be engaging fans around the world through their digital and social media channels – presenting supporters with the chance to vote for their official Carlsberg Man of the Match for each of the tournament’s 51 games. The new voting mechanic will tap into real-time fan conversations, giving them a greater say in who wins each coveted award.

David Scott, Director of Brands and Insight at Carlsberg UK commented: “Carlsberg is known as the beer of football and we are proud of our status as Official Beer of UEFA EURO 2016 and the England team. EURO 2016 is a huge opportunity for pubs. Football tournaments are worth +£60 million to the on-trade and live football can add an uplift of 60% to an outlet’s rate of sale. We recognise the importance of this opportunity and we’re investing heavily to help our customers encourage football fans off their sofas and into the pub.

“We know that 75% of pub goers watch football, presenting publicans with the perfect opportunity to engage existing customers and draw new ones in. This year is particularly important for the home nations with England, Wales and Northern Ireland all having qualified, meaning there are more matches and more opportunities for pubs. Licensees must capitalise on this as an opportunity not to be missed.”

The tournament, which takes place from 10th June to 10th July, will see 51 matches played with each expected to attract an estimated 150 million live spectators.

Carlsberg Kicks Off UEFA EURO 2016 Campaign in the UK added by Newsroom on February 15, 2016
View all posts by Newsroom →