Carlsberg Launches “The Danish Way” Integrated Campaign in the UK

By Newsroom on April 21, 2017Comments Off on Carlsberg Launches “The Danish Way” Integrated Campaign in the UK

Carlsberg has launched a £15 million, integrated marketing campaign called “The Danish Way”, aimed at revitalising its Carlsberg and Carlsberg Export brands in the UK with a premium positioning, reflective of its rich history and Danish provenance. 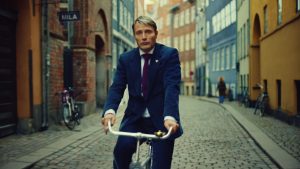 The campaign sees the brand emphasise its Danish roots, with the nation’s philosophy on life forming the centerpiece of activity across multiple consumer touch points including packaging, TV, cinema, out of home and digital channels.

Central to the campaign is a new TV spot, which will run in 60-second and 30-second time lengths, starring Danish actor Mads Mikkelsen, who plays the role of a modern-day Danish philosopher pondering the secrets to his nation’s happiness as he cycles through the streets of Denmark. 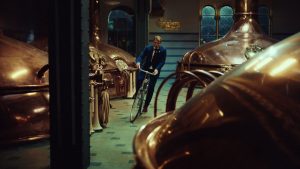 Mads’ Danish guide takes the viewer on a magical journey to discover “The Danish Way” – he cycles past iconic Copenhagen landmarks such as Amalienborg Palace and the Kastrup Sea Baths. After cycling through a Danish apartment and a beautiful ‘hygge’ forest picnic, Mads arrives at the Carlsberg Brewery, where he enjoys a Carlsberg Export featuring the brand’s new ‘København’ glassware and ‘Dansk’ font, which launched in the UK on-trade in January. 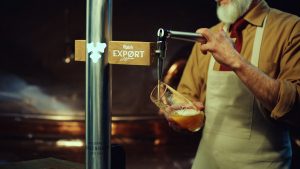 The campaign marks the start of a bold new marketing approach from Carlsberg in the UK, aimed at confronting the long-term decline in the lager category by helping key consumer groups and beer drinkers to reappraise the brand through its rich history and Danish provenance.

New Danish-themed packaging for both the Carlsberg and Carlsberg Export brands rolled out in February, and wider out-of-home, experiential, digital and social activity is also planned throughout the year. 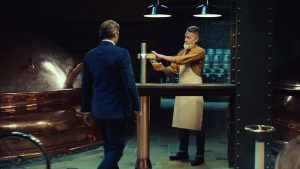 A new trade marketing drive has also been developed in partnership with Shazam, a leading app with a community of over 6 million UK users, 70% of which are aged 18–34. Designed to connect consumers with “The Danish Way” campaign, users are invited to photo-scan shazamable Carlsberg Export branding on a number of touchpoints spanning the on and off-trade.

Over 200,000 Carlsberg Export ‘København’ glasses will be available in the off-trade as a gift with purchase, supported by in-store marketing materials. In the on-trade, in addition to new perfect-serve glassware, one million shazamable coasters have been produced to communicate the initiative, as well as other PoS including menu clips and digital tools that can be used by outlets on their websites and social media channels. 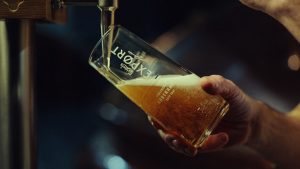 Once scanned, consumers are transported to an immersive digital Carlsberg platform where they can discover content and win Danish-inspired luxury prizes, including hygge home kits, wireless headphones and a trip for two to Copenhagen.

The TVC, produced by advertising agency Fold7, has already been trailed through a series of ten-second teasers this week on linear TV and VOD. The full launch, on 21 April, will see Carlsberg takeover Channel 4 for the day, with the famous Channel 4 blocks being transformed into the Dannebrog (Danish flag) and the full 60 second advert first running at 9pm. 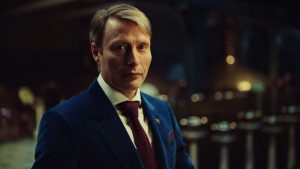 The TV campaign will run for an initial four week burst until 15 May, with a second burst in September. The TVC will also appear on VOD and in cinemas across the country for an extended period, supported by short-form content rolled out across Carlsberg’s social media channels.

Liam Newton, vice president of marketing, Carlsberg UK said: “Denmark is known as being one of the happiest nations in the world, and their philosophy on life forms the centrepiece of our campaign. Consumers will see Carlsberg sharing the Danes’ rituals and philosophies throughout the year, helping them to live life the Danish way. Some consumers see mainstream lagers as interchangeable, and we know from extensive research that it’s incredibly important for them to be aware of the heritage of the individual brands they consume. We want our campaign to celebrate our Danish origins and bring new meaning to the iconic ‘Probably’ line.”

Carlsberg Launches “The Danish Way” Integrated Campaign in the UK added by Newsroom on April 21, 2017
View all posts by Newsroom →