By Newsroom on March 5, 2015Comments Off on Coca‑Cola Great Britain To Introduce New “One Brand” Strategy 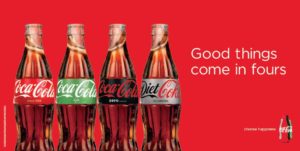 Coca‑Cola Great Britain (CCGB) announced that it will be unifying the Coca‑Cola portfolio of products – including Coca‑Cola, Diet Coke, Coca‑Cola Zero and Coca‑Cola Life – under a new “one brand” strategy to promote the full choice of Coca‑Cola variants.

Over the years, as consumer taste, preference and lifestyles have changed, Coca‑Cola has innovated to launch and develop new brands, with distinct and separate identities. These brands have provided people with a greater choice in terms of flavour, sugar and caffeine content, whilst still providing the great Coke taste they enjoy.

However, recent research shows that not all British consumers fully understand the choice offered within the Coca‑Cola trademark and the distinct benefits of each brand. For example, five out of 10 consumers do not realise Coca‑Cola Zero is a no sugar, no calorie drink.

The announcement will see Coca‑Cola Zero integrated with Coca‑Cola, Diet Coke and Coca‑Cola Life under one brand – Coca‑Cola. Under this new approach, the enduring appeal of Coca‑Cola will be extended across all four products in the Coca‑Cola portfolio. At the same time, new pack designs will emphasise the distinct characteristics of each Coca‑Cola product, making choice easier and simpler for consumers.

Under the “one-brand” marketing strategy, which Coca‑Cola Great Britain is launching in May:

This is a significant change for Coca‑Cola Great Britain, which for the first time is putting “choice” at the core of its marketing strategy. The new approach will place much more focus on the distinct characteristics of each Coca‑Cola, raise awareness of the choice available and so help people choose the right Coke for them and their families. 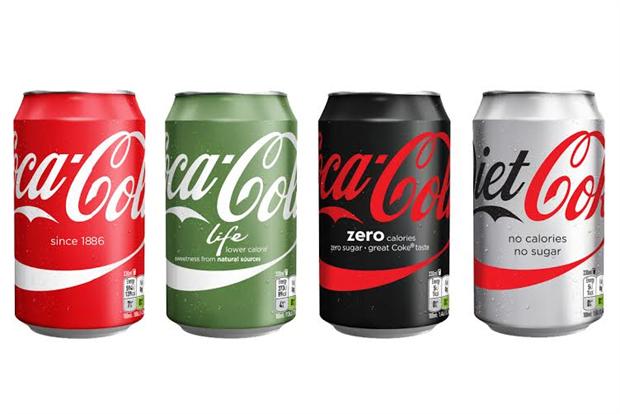 The new packaging, which will appear on shelves in Great Britain between now and May, will also see the introduction of the UK Government’s front-of-pack labelling scheme. By adopting the new scheme, which combines nutrient amounts and percentage Reference Intakes with colour-coding to show how much fat, saturated fat, salt, sugar and energy (calories), are in a product, Coca‑Cola Great Britain is providing consumers with even clearer information about the contents of its drinks.

“Coca‑Cola is one of the best-loved and most iconic brands in the world.  With our new ‘one brand’ approach, we are uniting four distinct brands under the umbrella of Coca‑Cola. We believe our no and lower sugar variants will benefit from this closer association with Coca‑Cola and that featuring all variants in our advertising will make clear to more consumers the full choice we offer them. By focusing on building one brand and extending the appeal of the original Coca‑Cola across our lower and no sugar variants we believe we can drive sustainable growth for our business in Great Britain in the years ahead.”

Coca‑Cola Great Britain To Introduce New “One Brand” Strategy added by Newsroom on March 5, 2015
View all posts by Newsroom →