By Newsroom on October 24, 2016Comments Off on Coca-Cola Brews Up Big Plans for US Ready-to-Drink Coffee Category

Coca-Cola North America is brewing up a multi-brand strategy to compete more aggressively in the piping-hot cold coffee category.

Early 2017, the company will roll out a range of diverse yet complementary ready-to-drink (RTD) coffee offerings. Gold Peak, a billion-dollar iced tea brand in the U.S., will introduce two flavours of both cold-brew coffees (Salted Caramel and Almond Toffee) and bottled tea lattes (Chai and Vanilla) in early 2017.

Coca-Cola also will produce, distribute and market a line of Dunkin’ Donuts-branded iced coffee beverages, which will be sold in grocery stores, convenience stores and in Dunkin’ Donuts restaurant. Four flavours – Original, Mocha, Espresso and French Vanilla – will be offered in re-sealable PET bottles. 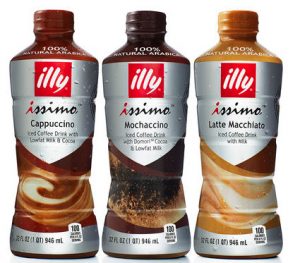 “We’re excited to offer coffee consumers a variety of great-tasting, high-quality offerings to enjoy throughout the day,” said Geoff Henry, vice president, coffee and tea, Coca-Cola North America. “Each of these brands has its own unique taste and identity, so we expect minimal overlap or cannibalization.”

Coca-Cola is the global value share leader in RTD coffee, driven largely by the success of the Georgia Coffee trademark in Japan, one of the category’s largest markets. 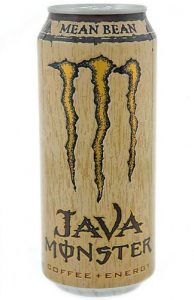 In the U.S., the multi-billion-dollar RTD coffee category has been growing by double digits annually since 2011 and shows no signs of slowing down. Canned and bottled coffee is a natural extension of the premium java culture in the U.S., which has been fuelled in recent years by the growing popularity of iced and cold-brewed varieties. RTD coffee brings the cafe to the store shelf and satisfies consumer cravings for a convenient pick-me-up to enjoy at home or on the go, Henry said.

“The demand for coffee of all varieties cannot be overstated,” he said.

Coca-Cola North America will promote its new and existing coffee brands through retail sampling, in-store merchandising and advertising through a variety of mediums. Down the road, Henry said RTD coffee has the potential to be a platform for product and packaging innovation.

“This is a big bet for us, without question,” he concluded. “And we’re confident we have the right strategy in place to capture the tremendous opportunity we see ahead.”

Coca-Cola Brews Up Big Plans for US Ready-to-Drink Coffee Category added by Newsroom on October 24, 2016
View all posts by Newsroom →