By Newsroom on June 16, 2015Comments Off on Coca-Cola Invites The World To Support The 2015 Special Olympics 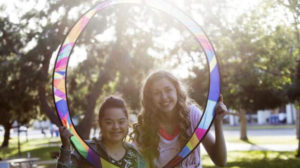 In the summer of 2015, Los Angeles will welcome 7,000 inspirational athletes from 177 different countries to the 2015 Special Olympics World Summer Games. Supporting children and adults with intellectual disabilities, the World Games is the largest sports and humanitarian event on the globe.

To celebrate, The Coca-Cola Company, Founding Partner of Special Olympics, has assembled a star-studded team to record a unified song for the World Games, titled “Reach Up.” The new song debuts on June 15 and will be performed during the World Games. ESPN is the official broadcaster of the World Games and will have a three-hour live telecast of the Opening Ceremony beginning at 9 p.m. ET featuring Robin Roberts, co-host of ABC’s “Good Morning America,” and ESPN’s Lindsay Czarniak and Kevin Negandhi.

“Reach Up” features rock band O.A.R., recording artist Cody Simpson and, accompanied by Breanna Bogucki, a singer and decorated Special Olympics athlete from Illinois who has Autism, and Madison Tevlin, a young Canadian woman with Down syndrome who became a viral sensation earlier this year. Written by Marc Roberge, lead singer of O.A.R., Nathan Chapman and Kevin Kadish the uplifting alternative-rock song encourages people of all abilities to never give up.

Inspired by Special Olympics Unified Sports – a program that brings athletes with and without intellectual disabilities together on the same team to compete – “Reach Up” embodies the values of optimism, acceptance and inclusion shared by Coca-Cola and Special Olympics.

“In all our lives, we’ve been touched by somebody who may not have been born with all the opportunities we were. At the end of the day, we are all doing the exact same thing – trying to appreciate this daily life that we’re given,” said Marc Roberge, lead singer of O.A.R. “I feel like the lucky one, being able to spend time and learn from two incredible individuals – Madison and Bree – involved with Coca-Cola for something as special and as important as the Special Olympics World Games. ‘Reach Up’ is an anthem. I want people to hear it and feel like they can do anything.”

Fans can listen to “Reach Up” on Spotify and learn more about the musicians’ story on Coca-Cola Journey.

The Coca-Cola Company is the Founding Partner and Global Sponsor of Special Olympics, the world’s largest health and sports organization dedicated to people with intellectual disabilities (ID). Since 1968 – Special Olympics’ inception – the Company has maintained a deep commitment to the organization and has provided more than $190 million in support of its programs through product, equipment, donations and marketing support.

Coca-Cola Invites The World To Support The 2015 Special Olympics added by Newsroom on June 16, 2015
View all posts by Newsroom →