By Newsroom on July 5, 2016Comments Off on Coca-Cola Launch New £10 million Campaign For Coca-Cola Zero Sugar 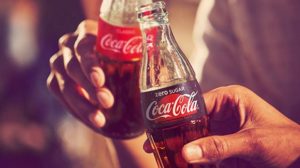 Coca-Cola Great Britain has launched its biggest new product campaign in a decade as Coca-Cola Zero Sugar, the new and improved sugar free Coca-Cola, hits shelves across the UK. The new recipe tastes even more like the original Coca-Cola Classic, but without sugar and is supported by a multi-million-pound marketing campaign.

The launch, announced in April, is the latest in a number of actions taken by Coca-Cola Great Britain to help people reduce their sugar consumption. It marks the next step in the Company’s strategy as it moves from offering choice to shaping choice – which means actively encouraging more people, including Coca-Cola Classic drinkers, to choose a no sugar option.  It is the latest action to result from the company’s £30 million reformulation and new product development programme.

The new campaign purposefully plays to the familiar elements people love about Coca-Cola to encourage Coca-Cola Classic drinkers and new consumers to try Coca-Cola Zero Sugar. All marketing activity, from advertising to experiential, is focused on making consumers reconsider their view of sugar free soft drinks and try the new product.

Commenting on the launch of Coca-Cola Zero Sugar, Jon Woods, General Manager, Coca-Cola Great Britain said: “We know that millions of people across the UK love the taste of Coca-Cola Classic so we’re excited to unveil the new Coca-Cola Zero Sugar. We already offer a number of great tasting drinks with no sugar but with Coca-Cola Zero Sugar we’ve spent years developing this new recipe to get even closer to the taste of Coca-Cola Classic without the sugar. That’s important because we know a growing number of people want to reduce their sugar intake but have been reluctant to try a no sugar option because they don’t think they taste as good as the original. As well as ensuring it tastes great we’re putting our biggest marketing investment in a decade behind this launch and throughout the summer we’ll be encouraging people to choose no sugar.”

The creative for the TVC and OOH is inspired by the feelings enjoying a Coca-Colaevokes; from the sound when you open a bottle or can, the sensation of the bubbles, the unrivalled flavour and the feeling of happiness and fun.

On air from 7 July, the TV advert by SRA Rushmore, ends with the ‘surprise’ that there is no sugar in the drink, dramatising the great taste of Coca Cola Zero Sugar.

New out of home advertising across the UK will feature the new packaging design and use similar emotive images and language to drive home the message that Coca-Cola Zero Sugar “Tastes more like Coke, looks more like Coke”. 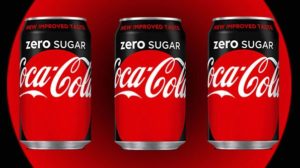 In addition to the new recipe and taste, Coca-Cola Zero Sugar will have a new look in line with the company’s One Brand marketing strategy.  The new design incorporates the Coca-Cola red disc which has become a signature element of the brand, synonymous with great taste. The new identity will run across the entire range.

As part of the launch moment, Coca-Cola is also opening the Coca-Cola Zero Sugar Taste Lounge in Central London for three days this weekend. The pop-up experience will offer fans the opportunity to experience Coca-Cola Zero Sugar in a sensory experience specially designed as the perfect setting to enjoy the new drink.  A series of zones designed to ignite the senses; from the stunning halo effect bar, to a refreshing soundscape reflecting the unique sounds of the perfect serve of Coke and a series of spectacular visual displays depicting the bubbles and liquid that combine to create the iconic Coke experience.

The pop-up bar is one element of an intensive communications and media relations campaign across the summer. 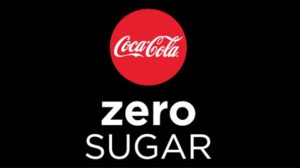 To encourage consumers to try Coca-Cola Zero Sugar, the business will deliver its biggest ever experiential campaign and give away more than four million drinks over the summer.  At the heart of the campaign will be an experience featuring a five metre tall replica of the iconic Coca-Cola Zero Sugar contour bottle which will tour the UK this summer as part of a national sampling programme.  In London, people will be able to try the new soft drink at events including Coca-Cola sponsored screenings as part of the Barclaycard Presents British Summer Time in Hyde Park and a pop up ‘Coca-Cola Zero Sugar photo booth’ at Camden Beach Bar. People will be encouraged to join the interactive experiences by creating and sharing personalised moving content at the events, and participate in the #TasteTheFeeling conversation across social channels.

In store, consumers will be encouraged to try Coca-Cola Zero Sugar through promotional and sampling activity.