Coca-Cola Wants You to #ChooseHappiness This Summer

By Newsroom on July 8, 2015Comments Off on Coca-Cola Wants You to #ChooseHappiness This Summer 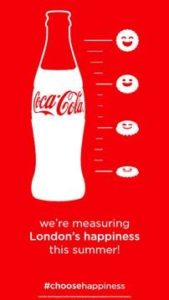 Coca-Cola Great Britain (CCGB) has launched a new ‘Coca-Cola happiness meter’ at 300 digital sites across London as part of its ‘Choose Happiness’ campaign. The happiness meter shows the level of London’s happiness by measuring the number of positive and negative mood words used on Twitter alongside mentions of #ChooseHappiness.

The ‘Coca-Cola happiness meter’ will feature in tube and rail stations and at iconic roadside sites, every week for the rest of the year. The digital campaign is being supported by a series of activations aimed at increasing London’s happiness level, from product sampling through to large scale experiences. The OOH keeps locals and tourists updated on the activities on offer, by listing them out alongside the happiness barometer.

The campaign builds on Coca-Cola’s new ‘one brand’ strategy, which has brought all four variants of Coke under one umbrella brand. It supports Coca-Cola’s mission to encourage consumers to ‘Choose Happiness’ by choosing the right Coca-Cola for them.

The following experiences will be taking place up until the end of August, with further activities to be announced early September. 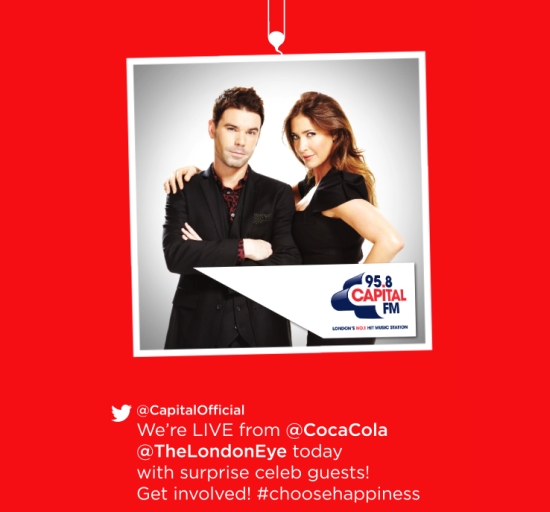 Coca-Cola has partnered with Capital FM to promote #ChooseHappiness in London and giveaway prizes to “happy” callers every Monday for the rest of the year. The partnership kicked off on Monday morning with a live broadcast of the Capital FM breakfast show from the Coca-Cola London Eye. 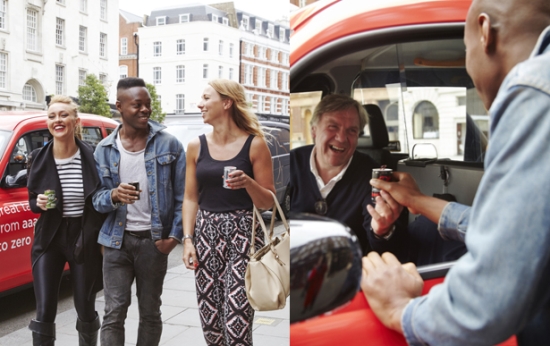 Londoners will be able to enjoy the refreshing taste of all four Coca-Cola variants through product sampling at tube stations and major transport hubs across the summer. Samples will also be given out in Coca-Cola branded taxis, so locals and tourists can enjoy a Coca-Cola while on the road. 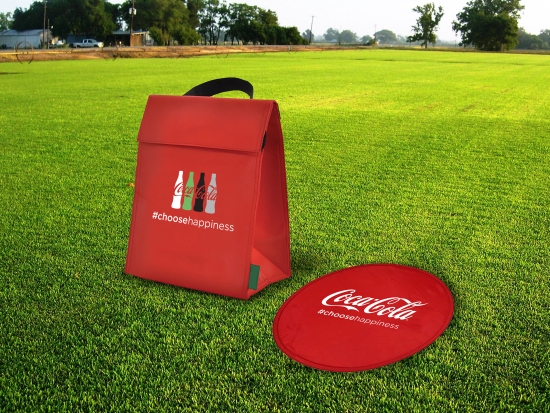 Londoners enjoying their lunch in parks and communal areas in London this summer may be treated to free Coca-Cola delivered in branded cool bags. Inside each cool bag will be all variants of Coca-Cola for everyone to enjoy.

Coca-Cola Wants You to #ChooseHappiness This Summer added by Newsroom on July 8, 2015
View all posts by Newsroom →