By Newsroom on November 4, 2013Comments Off on Coca-Cola’s Interactive Subway Ad Urges Commuters To Take The Stairs 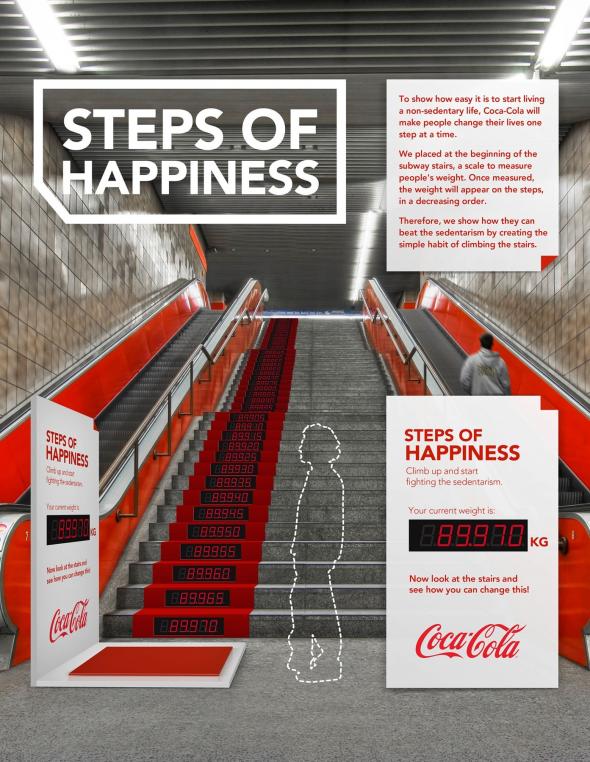 Based on the idea that one can lead a non-sedentary, healthy lifestyle by making small changes to their everyday routine, advertising school Escola Cuca in Sao Paulo, Brazil has created an interactive subway ad for Coca-Cola that urges commuters to take the stairs.

The ad consists of placing a weighing scale at the base of stairways and escalators in subway stations—commuters are invited to weigh themselves before deciding if they should take the stairs or escalator.

In the first ad, the participant’s weight would appear in decreasing order on the steps of the stairs, to illustrate how climbing the “steps of happiness” would help healthy weight loss.

The other ad in the series uses a scare tactic to encourage people to “run away from the escalators”. 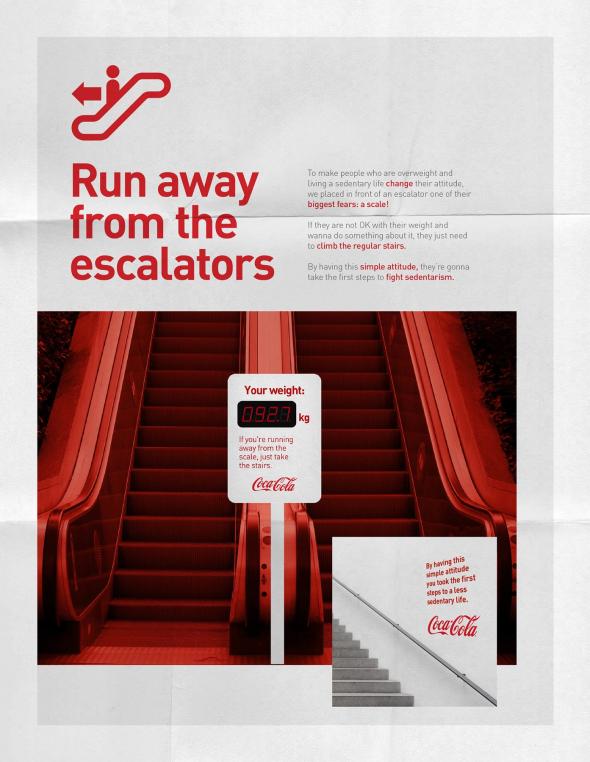 Coca-Cola’s Interactive Subway Ad Urges Commuters To Take The Stairs added by Newsroom on November 4, 2013
View all posts by Newsroom →