By Newsroom on May 8, 2018Comments Off on Diplo and MØ Stay Open to New Experiences with New Tuborg OPEN Collaboration

Tuborg, the Danish lager brand, has announced the return of its successful music campaign Tuborg OPEN, which this year sees global pairing Diplo and MØ exploring musical influences and creating new collaboration tracks with artists from around the world.

Now in its second year, Tuborg OPEN is once again bringing together a group of incredible musicians to create something truly special; a song with one global message but the story told in a different way, with each collaborating artist using their own unique lyrics to reflect the diversity and unique local cultures of some of Tuborg’s key markets across Asia and Europe. Artists will encourage people to be ‘Open To More’ in their own way, emphasising that the power of trust and an open attitude adds value to all our lives. 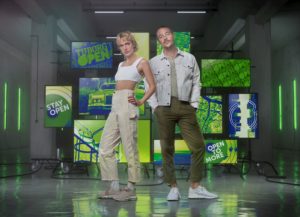 American super producer and DJ Diplo, who was part of last year’s campaign, returns with Danish rising star and long-term collaborator MØ. Together they have created a track, called ‘Stay Open’, with artists from around the world invited to rewrite the verses to tell stories of what being ‘Open To More’ means to them.

Russia are working with Ukrainian DJ and singer Ivan Dorn, whilst India have engaged Vishal Dadlani whose musical influences range from Bollywood to indie rock. Singer-songwriter Levante will lead the campaign in Italy, whilst a host of other artists are still to be confirmed from markets including China, Nepal, Bulgaria and Myanmar.

Speaking about 2018’s campaign, Diplo said: “To be part of Tuborg OPEN for the second year is really cool. This year Tuborg came to us with the idea of being “Open to More” and MØ and I were already working on ‘Stay Open,’ this track about how so many times people are closed but it’s important to stay open to new people and experiences. It fits the campaign perfectly and the artists from around the world are already coming to us with ideas of how they want to change it up and add their own perspective to the idea of staying open which is the really cool bit of the project.”

Danish vocalist and songwriter MØ is excited about the global collaboration process: “For me, the journey you go on to get to the finished product is often the best bit. By being open to new influences, you mix together things that you think will never fit but sometimes, it really works well. I love what you learn and experience from doing that and watching the track you had at the start become something totally different.” 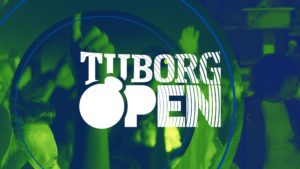 The global track will be released on 11 May, followed by track releases from local artists between May and July. Stories about the artists’ journeys towards being ‘Open To More’ will be told on Tuborg’s digital channels, whilst the campaign will also be supported on the brand’s packaging before culminating with a live gig featuring Diplo and MØ as well as some of the local artists, later in the year.

Milan Shah, International Marketing Manager at Tuborg, said, “Tuborg has a long and proud heritage with music, helping to introduce new genres and artists to new markets. Through this year’s Tuborg OPEN campaign, we’re once again setting out to encourage people around the world to be Open To More – to be inquisitive, exploring the world around them, trying new experiences and sharing them with others to see where it takes them.”

Diplo and MØ Stay Open to New Experiences with New Tuborg OPEN Collaboration added by Newsroom on May 8, 2018
View all posts by Newsroom →