By Newsroom on May 16, 2017Comments Off on Dos Equis’ Most Interesting Man Crashes Wedding from Space in New Spot

Dos Equis released their new ad “Wedding Crasher,” featuring their famous fictional frontman, The Most Interesting Man in the World.

In the spot by Havas New York, the beer company’s super powered spokesman crashes a wedding and due to his limitless charisma, immediately becomes the guest of honour: As the spot states, “If there an elephant in the room, it’s because he brought one.”

In this fast paced 30” ad he manages to completes a series of epic and outrageously funny tasks and leaves the crowd thirsty for more. 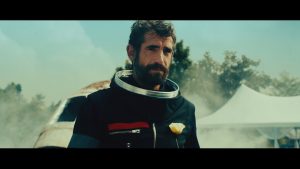 Dos Equis’ Most Interesting Man Crashes Wedding from Space in New Spot added by Newsroom on May 16, 2017
View all posts by Newsroom →