By Newsroom on June 24, 2015Comments Off on Dos Equis Taps the Power of the Moon this Summer with Luna Rising 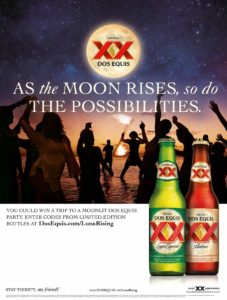 Summer is the time of year to let loose with friends, make new ones and try interesting things — all you need is a little moonlight and some Dos Equis. This summer, Dos Equis encourages fans ages 21 and over to see the rise of the moon as the cue to turn casual gatherings into extraordinary celebrations. Dos Equis’ “Luna Rising” campaign taps into the energy of the moon and evening drinking occasions proving that “as the moon rises, so do the possibilities.”

With the program launch, Dos Equis is giving eight eligible fans a chance to win an all-expense paid trip for two to the Luna Rising full moon party in San Diego on August 29, 2015, amongst other secondary prizes. Through July 30, fans can enter the contest by posting full moon and summer night photos to Instagram using #LunaRising or by uploading them here. Every photo posted or uploaded represents a chance to win.

Dos Equis is also rolling out two limited-edition label and packaging designs for its Lager and Ambar brews. Each pack and bottle will feature new lunar-themed branding, with unique codes that are printed on the back label of the bottles to enter the contest. Every unique code entered represents a chance to win. 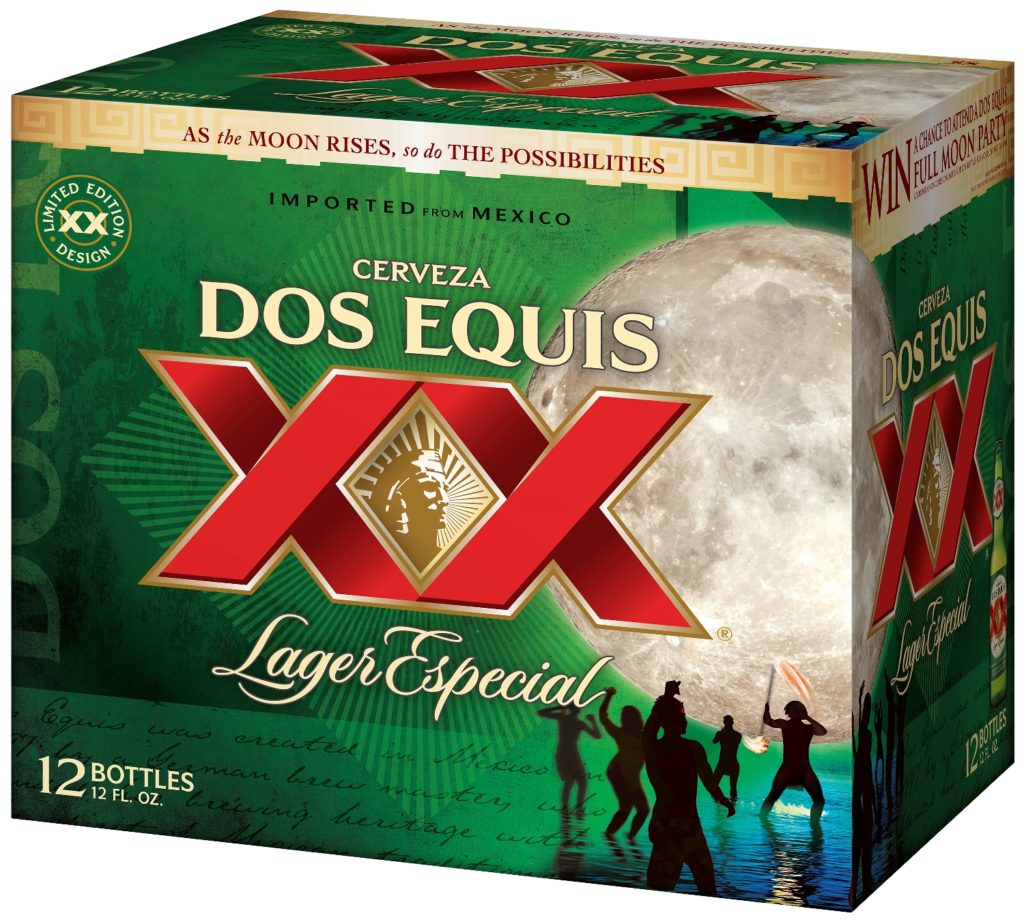 “The moon is a source of curiosity, mystery and intrigue which perfectly fits the mystique of the Dos Equis brand,” said Ryan Thompson, Brand Director for Dos Equis. “This summer Dos Equis will own the transition from day to evening drinking, encouraging our guy to turn their summer nights into legendary celebrations.”

The Luna Rising campaign also features a radio spot as well as a new “Most Interesting Man in the World” commercial airing throughout the summer. The 15-second spot on “Making the Most of Summer Nights” features the iconic character giving a nod to the moon with the proclamation: “Even the brightest moon has a dark side…it’s your job to find it.”

To get inspiration on how to transform your summer nights into more interesting evenings and rise with the moon, check out the video from our full moon kickoff party in Austin here.

Fans can visit our website throughout the summer for updates on ongoing contests, news and information. Dos Equis Luna Rising is part of an ongoing commitment to help fans live the “Stay Thirsty” mindset during the summer months.

Dos Equis Taps the Power of the Moon this Summer with Luna Rising added by Newsroom on June 24, 2015
View all posts by Newsroom →