By Newsroom on October 18, 2018Comments Off on George Clooney and Natalie Dormer Star in Latest Nespresso Campaign, ‘The Quest’

Premiering on screens around the world, George Clooney returns in his latest installment as a Nespresso brand ambassador, as he’s never been seen before. ‘The Quest’ sees George Clooney suited up in armour, majestically saving a medieval kingdom before hitting the streets of New York City on a quest to find his heart’s desire, the kingdom’s most exceptional coffee. Co-starring in the epic adventure is one of the silver screen’s most famous queens, Natalie Dormer, and the two feature in the largest global Nespresso campaign to date, launching in more than 30 countries. 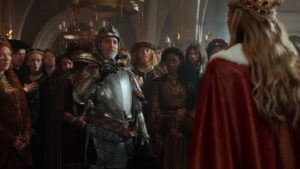 ‘The Quest’ is inspired by Nespresso’s own tireless pursuit of excellence in delivering exceptional coffee experiences. The 60-second TV commercial, backed by Peter Gabriel’s ‘Solsbury Hill’, is set in a medieval castle and George plays an honourable knight to a formidable queen. After slaying a dragon to save the Queen’s kingdom, George is offered a reward, which sets him off on a quest to find something he truly desires. His pursuit takes him from a medieval court to a movie theatre and on a double decker bus, proving he will stop at nothing to find his beloved Nespresso.

“I’ve been working with Nespresso for many years and I’m thrilled to be back on set. This time I get to work with the very talented Natalie Dormer and live out my fantasy of playing the role of a medieval knight,” said George Clooney.

In 2018, Natalie Dormer co-stars in the campaign, and plays a fitting character given her previous regal screen roles. Natalie unsurprisingly perfects the part of an exacting queen and as a self-proclaimed Nespresso aficionado; she was perfectly suited to feature alongside George.

“I’m a big Nespresso fan, and my family thinks it is very apt I am doing this commercial. Working with George Clooney – what a dream come true! He is such a joy and he’s so funny. I’ve been enjoying his work for years, so finally getting to meet and work with him was fantastic,” Natalie Dormer said of working on ‘The Quest’.

Having worked with Nespresso since 2006, George Clooney is now synonymous with the brand and his passion for sustainability makes him a true partner. His continued support highlights Nespresso’s dedication to sustainability, recycling and commitment to high quality coffee. George sets an example for what it means to defy category standards in his determination to give positive support on global issues and champion sustainability, a mission that mirrors that of Nespresso.

The company is steadfast in its work to make recycling accessible and encourage participation in its recycling program, largely supported by George Clooney, who said, “Younger generations are now very invested in recycling, and as a whole, we are much more aware of our consumption. It’s important for companies to drive innovation to safeguard our planet’s future. Nespresso has really made it as easy as possible to recycle and I’m very happy and very proud to work for the company because of that.”

This desire for excellence is what unites Nespresso; the instrumental people in the coffee value chain; 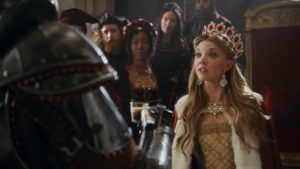 George Clooney; and Nespresso coffee lovers, and it is this commitment which inspired the campaign. The campaign features a number of assets, including a 30-sec film entitled ‘Really, George?’ starring many of the people responsible for the vital work at every stage of the coffee growing process, from an agronomist and coffee farmer through to a country manager from Technoserve and Nespresso coffee experts.

George Clooney explained: “My work with Nespresso goes beyond the new campaign. We share a commitment to sustainability and supporting the livelihoods of farmers and their families, as without them, we wouldn’t have this great coffee. Starring alongside them in the campaign is a real honour.”

Each individual’s story and personal quest can be discovered via a host of fascinating interviews available on the Nespresso website and social channels.

“‘The Quest’ is about going above and beyond for the ultimate coffee experience, and is inspired by the work Nespresso does to ensure highest quality, sustainable coffee,” said Alfonso Gonzalez, Nespresso Global Chief Marketing Officer. “By drawing on extended content, this is the first campaign where George interacts with some of the key people who make Nespresso the extraordinary coffee that it is, at all stages of the Nespresso process – from those growing coffee or quality testing to those sharing their expertise in our Boutiques. We strive to always deliver the best, and it is these people who make it all possible.”

George Clooney and Natalie Dormer Star in Latest Nespresso Campaign, ‘The Quest’ added by Newsroom on October 18, 2018
View all posts by Newsroom →