By Newsroom on April 21, 2015Comments Off on Get a Slice of Icelandic Life in W+K London’s Charming New Arla Campaign

Arla Skyr is made from skimmed cows milk and is carefully made following traditional Icelandic methods, which results in a delicious, silky texture that is low in fat, reduced in sugar and naturally high in protein. Known for their strength and courage, Icelandic people through the centuries have at least one thing in common: they’re all powered by skyr.

Arla and Wieden+Kennedy London have created a multichannel campaign to introduce the product, launching in the UK on 19th April with a 90 second film before rolling out in additional markets including Germany and the Netherlands.

Directed by Dougal Wilson through Blink, the TV spot is set in the 1960s and tells a story laced with Icelandic pluck and, of course, plenty of skyr. A young telephone exchange messenger goes to extraordinary lengths to keep his community connected to the world, and each other, via the only telephone in their remote village. Naturally, bowl after bowl of skyr keeps him going; whether the message he’s delivering is difficult to swallow or a little more mundane, no obstacle is too big and no news too small for the young hero. 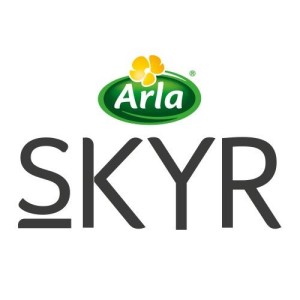 Campaign activity will continue online, with a series of three short documentary films launching on 24th April, featuring modern day Icelanders. From the doorman at the oldest bar in Reykjavik to one of Iceland’s toughest female cyclists, the friendly locals help viewers become more familiar with skyr, the dairy product they grew up on. The films, ranging from one minute to shorter cutdowns tailored for different platforms, will be shared on Arla’s social channels including Facebook, Instagram, Twitter and Vine, as well as YouTube prerolls.

Sam Dolan, Senior Brand Manager, Yogurt, Arla comments, “we are thrilled with how the campaign is looking and the TV spot is an amazing way to launch our wonderful Skyr Icelandic style yogurt. Thanks to Wiedens and Dougal for delivering another great ad for Arla.”

Larry Seftel, Creative Director, Wieden+Kennedy London, says “In their long illustrious history Icelanders have been sailing the oceans, producing world beating strongmen, chess champions and, as the story of our ad tells, a young boy capable of hand delivering phone messages to people all over an often cold and forbidding Island. Now that Skyr is available in the UK we have an inkling of what their secret might be.”

Get a Slice of Icelandic Life in W+K London’s Charming New Arla Campaign added by Newsroom on April 21, 2015
View all posts by Newsroom →