By Newsroom on February 2, 2018Comments Off on Heineken Rolls Out Its First Ever Ad Campaign Tailor-Made For India

Heineken has launched a new social experiment, titled ‘Generations Apart’, as part of its Open Your World campaign created by Publicis Worldwide India. The experiment addresses the communication gap between parents and their sons/daughters, a social norm prevalent in India, and one that resonates worldwide. 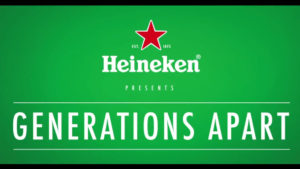 The new ‘Generations Apart’ film uses parents’ traditional career expectations of their children as a foundation for the social experiment and a platform to address wider communication barriers. The film uses the story of the up-and-coming comedian Rudy Singh and his father to encourage people to break down their own communication barrier – because some things are best discussed over a Heineken.

The film captures the real reactions of a live audience, who were unknowingly part of the social experiment, and the true headline act. After hearing the story of Rudy Singh and his father, the audience was inspired to bridge their own communication and conversation gaps and open their minds. 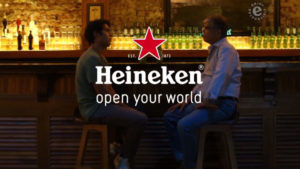 Samar Singh Sheikhawat, CMO, United Breweries Limited, said: “With Generations Apart, Heineken has launched a campaign that is attuned to the Indian market. India is a key market for Heineken, and we are committed to exploring innovative avenues to engage with the Indian consumer. With the current generation gap and polarising opinions in the country, we felt it apt for us to play a part in providing a platform for people to spark conversations.”

Gianluca Di Tondo, Senior Director Global Heineken brand, said; “Open Your World gives us an opportunity to open conversations between different ages, genders and cultures. This campaign reinforces our belief that you can build true human connections and break down barriers when you enjoy shared experiences.”

Heineken Rolls Out Its First Ever Ad Campaign Tailor-Made For India added by Newsroom on February 2, 2018
View all posts by Newsroom →