By Newsroom on February 19, 2014Comments Off on Heineken Unveils the Fan Footprint Heatmap to Connect US Champions League Fans 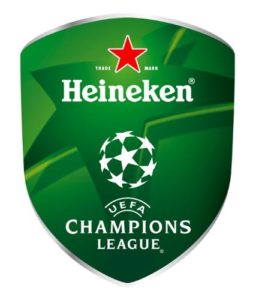 As some of the best soccer teams in the world battle it out in Round 16 of the UEFA Champions League (UCL), Heineken has unveiled the latest element of its “Road to the Final” campaign.

As the official sponsor of the world’s most prestigious soccer tournament, Heineken is bringing UCL excitement to fans across the United States through premium experiences that bring soccer fans together via social media and immerse them in the excitement of the tournament as it happens live.

This comes to life through a unique partnership with Foursquare called “The World of UEFA Champions League,” that highlights the different alliances to UCL teams across the U.S.

The digital experience seeks to find “Who is the Biggest Fan?” of the UCL by allowing consumers to compete for rewards and connect with other football supporters on behalf of their club and their city, and win exclusive Champions League prizes.

As a result, Heineken and Foursquare created an interactive Fan Footprint Heatmap to show the bars and restaurants 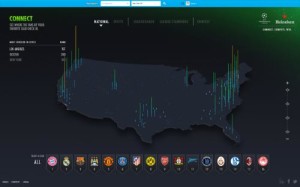 where fans are viewing their team and find the best places to enjoy a match. Using the Fan Footprint Heatmap, UCL fans can also compete to crown their city as the city with the most active UCL supporters. Fans from the winning city will then have a chance to win a trip to Europe to see a UEFA Champions League match in person with two of their friends courtesy of Heineken. Enter here to begin the experience.

“Heineken has been a partner of the UEFA Champions League since 2005, cementing its popularity with soccer fans in the U.S. and all over the world,” said Colin Westcott-Pitt, VP Marketing, Heineken. “We are continually looking for ways to bring the game directly to our fans, and are excited that for the first time we can help fans connect directly with other fans and players through our digital partners.”

Heineken invites you to #ShareTheSofa with A Soccer Legend

As Manchester City FC and FC Barcelona meet competitively for the first time in the UEFA Champions League round of 16, and Bayer Leverkusen aim to reach their first UEFA Champions League quarter-final in 14 seasons as they host Paris Saint-Germain, Heineken will host #ShareTheSofa with Dutch soccer legend Patrick Kluivert. During major matches throughout the season a legendary soccer player takes over the @Heineken_US Twitter feed and interacts with fans 21 and over by answering questions on their career and the game that have been shared through #ShareTheSofa.

Upcoming conversation hosts include Patrick Kluivert (2/18) and Fernando Hierro (2/26). Additional #ShareTheSofa hosts and dates will be announced throughout the season and will include legends such as Ruud Gullit and Ruud van Nistelrooy.

To join the conversation, consumers 21 and over can follow @Heineken_US and tweet their questions @Heineken_US using #ShareTheSofa during select UEFA Champions League match days.

At retail, Heineken is introducing a new 16-ounce, three-pack format, designed with permanent UCL creative that will be available in March. Additionally, interactive displays and point-of-sale will direct consumers to sign into the UCL mobile site launching on February 18th, where they can try to digitally match their “Half Ticket” for the chance to win Heineken UCL prizes, such as Adidas-branded merchandise and signed UCL memorabilia. Consumers who also login with Foursquare to earn points every time they “check in” at retail will be automatically entered into a sweepstakes for the chance to win a trip to a UCL match during the 2014-2015 season.

Heineken Unveils the Fan Footprint Heatmap to Connect US Champions League Fans added by Newsroom on February 19, 2014
View all posts by Newsroom →