By Newsroom on May 3, 2017Comments Off on Hornall Anderson Encourages Consumers to Get ‘Twistd’ with New Sharing Format for Crisps 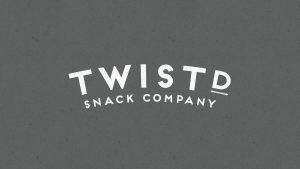 Despite the trend for healthy eating, it seems the UK just can’t shake its love of crisps.

Peckish Brits gobbled up five per cent more sharing bags of crisps than 2016, but it begs the question: what’s the next big thing in sharing snacks?

As a result, FMCG trade magazine The Grocer asked global design and branding agency Hornall Anderson to invent sharing’s hottest new format – and here’s what its team of creatives conjured up. 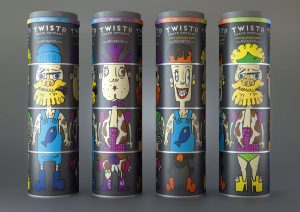 ‘Once you pop you can’t stop,’ is the slogan for Pringles, which popularised the sharing tube. But as we crave a little portion control in the way we eat crisps, Twistd could provide just the answer we are looking for.

Design Director at Hornall Anderson Gareth Ball says: “In the sharing sector all you really see is one big bag everyone can dive into. But Twistd offers portion control by separating the tubes into different sections, as well as the added excitement of different flavours.” 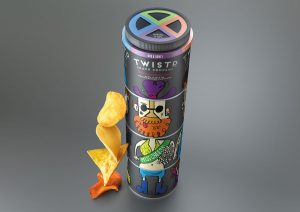 This fun and colourful multi compartment tube allows consumers to mix snacks and flavours in unique and unusual combinations.

Each of the four compartments contains a mixture of sweet potato chips, lightly salted crisps, tortillas and snacks. Consumers just have to give the lid a little twist to add a range of four quirky flavours, including Sea Salt & Seaweed, BBQ & Honey, Chill & Chocolate and Cheddar & Stilton.

Ball adds: “We really wanted to shake up the category with the use of fun characters for each flavour, such as a cowgirl for BBQ & Honey or a hipster fisherman for Sea Salt & Seaweed. We were aiming for millennial men who drink craft beer so the branding is designed to be clean and contemporary. 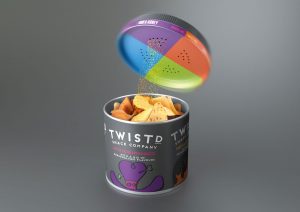 There’s a range of unusual flavours populating the craft beer sector showing this demographic is adventurous. We think the Twistd format would be great fun for social occasions with a group of people who may all have different tastes.”

Out of home marketing and promoting it on Twitter with #getTwistd would engage with consumers too. The adverts would spin in the same way as the sharing tubes, creating combinations that are sure to raise a smile – a gruff fisherman’s head on top of a cowgirl body? Nobody’s getting any more Twistd than this. 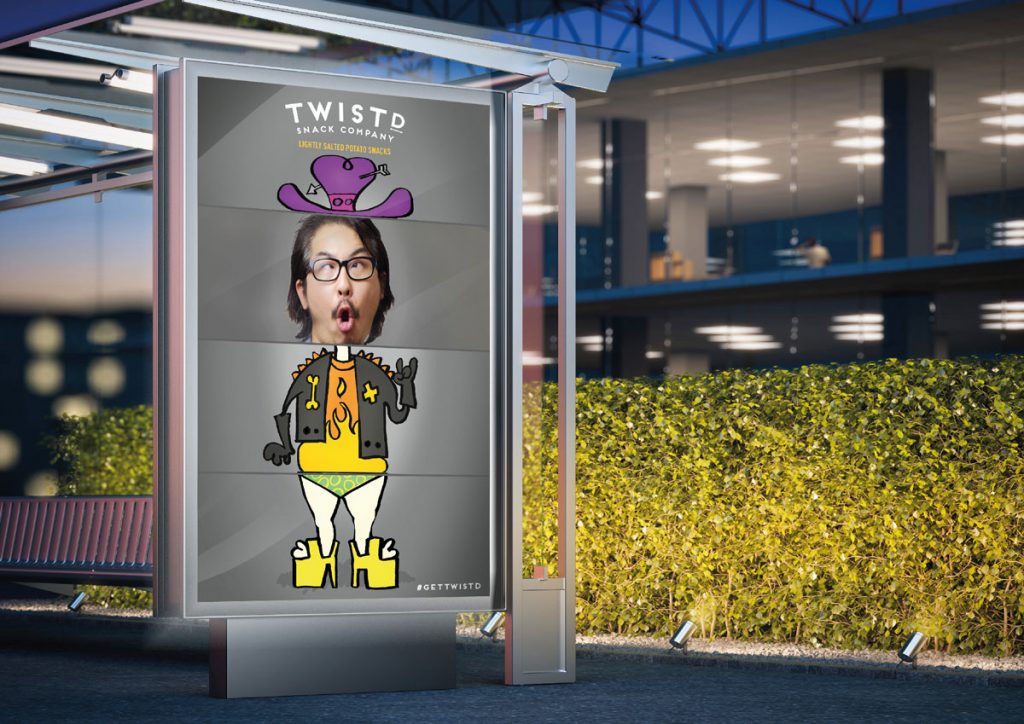 Hornall Anderson Encourages Consumers to Get ‘Twistd’ with New Sharing Format for Crisps added by Newsroom on May 3, 2017
View all posts by Newsroom →