By Newsroom on September 29, 2017Comments Off on How Carlsberg Created The Best Fan Beer In The World

As one of the main ingredients in beer, hops impart vital flavour and aroma. To celebrate its 25-year partnership with Liverpool FC, Carlsberg has brewed a fan beer from hops unlike any other. Scientists from the Carlsberg Research Laboratory have cultivated special hops using footage of 25 years of Liverpool matches and the sound of roaring fans.

With creative by Crispin Bogusky + Porter, the campaign captures the team’s iconic history and spirit to celebrate the creation of this new beer. 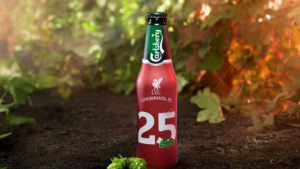 “Research has shown that plants aren’t just affected by light, but also sound, vibrations and other energies. We decided to use this to brew probably the best fan beer in the world and commemorate Carlsberg’s 25-year history with Liverpool FC. It is a whole new way of thinking of beer terroir,” says Pai Rosager Pedas, Senior Scientist at Carlsberg Research Laboratory.

Using large-scale LCD screens in a custom greenhouse, Carlsberg scientists have grown hop plants from seed to 5-meter-tall while immersed in Liverpool FC matches from the past 25 years. Over the course of six months, the hops were exposed to game footage as well as the thundering sound of screaming fans 24 hours a day. Liverpool FC manager Jurgen Klopp, as well as Liverpool FC legends Robbie Fowler and Steve McManaman, even took part in the cultivation by visiting Carlsberg’s Copenhagen greenhouse to nurture the growing hops. 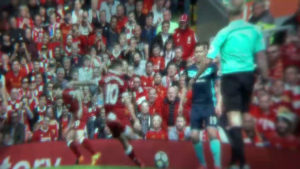 “As players, we were all influenced by the roar of the supporters at Anfield so it makes sense that the hops could experience the influence too,” says Robbie Fowler, Liverpool FC Legend. “Seeing the incredible amount of science that went into this project was staggering. I’ve never seen anything like the thinking that went into creating this beer and I can’t wait to taste it.”

After six months, the hops were harvested to brew the special Carlsberg Liverpool FC Beer, which will be sampled in special pubs and at Anfield during Liverpool FC’s Premier League match against Hudderfield Town on 28th October 2017.

For a chance to win a bottle of the special beer and a trip to Liverpool FC’s training ground, Melwood, click here.

How Carlsberg Created The Best Fan Beer In The World added by Newsroom on September 29, 2017
View all posts by Newsroom →