By Newsroom on February 19, 2016Comments Off on Jacob’s Gets ‘Crackin’ with Biggest Ad Campaign for Decade

Jacob’s, the cracker brand owned by United Biscuits, has launched a £15 million ad campaign – its biggest in ten years – after handing Grey London its creative account in 2015.

The first TV ad, for Jacob’s Cream Crackers, launched on February 18 and will run until March 20. It was written by Ben Buswell and art directed by Andrew Singleton.

Grey picked up the Jacob’s account in October 2015 after a competitive pitch against fellow WPP shop J Walter Thompson London. Publicis London was the incumbent.

As part of the “crackin'” campaign, ads for Jacob’s Mini Cheddars and Jacob’s Cracker Crisps will launch on 25 February and in April respectively. 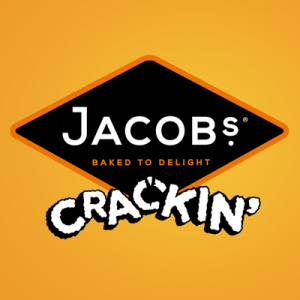 The trio of TV ads, directed by Gary Freedman through Independent Films, riff on musical duets, with Jacob’s various products lip-syncing and dancing with real-life actors. The products have been animated as puppets, not with CGI.

The Jacob’s Cream Crackers ad sees a woman sitting in an aquarium, eating the snack. When she places it on the seat, the packet begins singing the dance track I Like To Move It by Reel 2 Real.

The woman then starts to lip-sync to the song, while placing cheese on her cracker and receiving blank looks from her baby in a pram.

At the end of the 30-second spot, a voiceover describes the brand as a “match baked in heaven”.

Jacob’s Gets ‘Crackin’ with Biggest Ad Campaign for Decade added by Newsroom on February 19, 2016
View all posts by Newsroom →