By Newsroom on June 15, 2018Comments Off on John Barnes Gets Licked a Lot in Just Eat’s World Cup #PutItOnAPlate Campaign 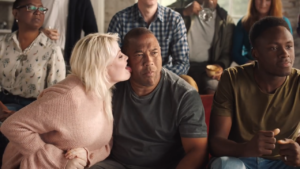 As part of the campaign conceptualised by Dark Horses, whoever orders a takeaway through the Just Eat app between 14 June and 15 July will get a chance to be chosen at random to receive an official 2018 Football Plate. Four designs will be released for fans to collect. Also, another film featuring John Barnes will be unveiled later into the World Cup.

The campaign will be supported across social media, OOH and PR. The ad was directed by Ben Green through Mindseye. Media, including the TalkSport partnership, was planned and bought by m/SIX. Byte London is leading on social media, while Golin is leading the PR activity. 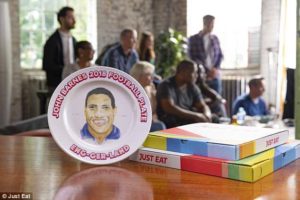 Just Eat UK marketing director, Ben Carter said: “Millions of football fans will be tucking into their favourite takeaway as they support their team over the coming weeks. We want to honour the occasion and ensure the choice of cuisines, convenience and magic of ordering through the Just Eat app stays front of mind. We recognise that these 2018 Football Plates may well be some of the strangest sporting memorabilia that fans have ever had the pleasure of collecting, but if it helps people enjoy their match day takeaway then we’re all for it.”

John Barnes Gets Licked a Lot in Just Eat’s World Cup #PutItOnAPlate Campaign added by Newsroom on June 15, 2018
View all posts by Newsroom →