By Newsroom on August 15, 2017Comments Off on Johnnie Walker Looks to Inspire Brazilians to Break Free in New Railroad Spot

For previous generations, progress was often seen as a linear concept – a predefined journey with few strands, in which the formula for success was invariably about getting through college, getting a good job, and forming a family. Nowadays, the world is more and more connected and infinite possibilities arise each second, which means that this formula for success has broadened in a way that young adults find themselves paralysed when facing a paradox of choices. 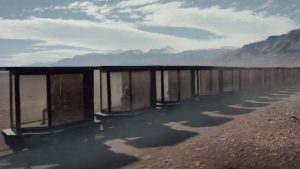 Johnnie Walker has been paying attention to these transformations and has decided to amplify the meaning of the ‘Keep Walking’ signature to inspire consumers to listen to their instincts and gather the courage to follow their own truth.  This is brought to life with the signature ‘The next step is inside you,’ a concept that was launched in Brazil through an integrated campaign created by Crispin Porter + Bogusky (CP+B) Brazil.

Álvaro Garcia, Marketing Director of Diageo, stated: “Johnnie Walker is a brand that has been keeping the same essence for two centuries while innovating the communication approach to the consumer and it is recognised for its iconic campaigns. For this new moment, we present a reinterpretation of progress in the perspective of the millennials. We aim to inspire the consumers to follow their instincts, make their choices and that’s why we have the motto ‘The next step is inside you’, because it perfectly defines the message we want to spread. One of the biggest news is that we’ll give life to the concept by bringing innovative experiences to the public.” 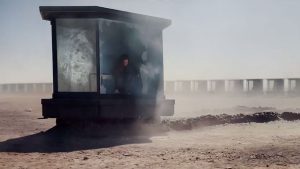 “The synonym of progress has changed throughout the years. Nowadays, young adults have infinite possibilities and we need to adapt ourselves to it. Our message in the campaign is to depict progress as something that no longer depends on a linear path. If the concept of success used to be clear, now it is much more undefined and may fit in several possibilities. The new Johnny Walker’s campaign platform portrays this evolution and a way to approach this new generation of consumers,” added Marcos Medeiros, partner and CCO of CP+B Brazil.

As an answer to this change of perspective on what is progress, Johnnie Walker launched a full media campaign that started with a film shot in the Atacama, Chile. In this film, a train is shown on a rail in the middle of the desert and each one of the wagons is made of glass, revealing solitary young adults, each one individually trapped in space. Inside the wagons, they follow a straight line, following the path proposed by the rail, carrying on with their lives motionlessly, one after the other, conditioned to the space they’re in. 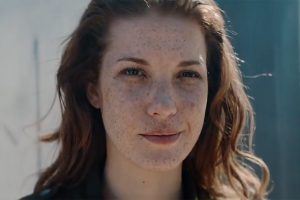 A change happens when a woman demonstrates how uncomfortable she is with her current situation. The feeling of discomfort is portrayed inside her head, where a series of metaphors reveal the distress and the imprisonment that this generation is feeling. In this moment, she looks to the side, feels the pressure of being trapped and the wagon she is in derails, no longer following a straight line. Her instinct was enough to motivate her to change the wagon’s path and she ends the film with a confident walk, under the inspiration that will sign off every action of the brand from now on: “The next step is inside you”.

This film required a three-day shoot in the Atacama Desert and another 30 days for post-production. The rail shown in the film is real and was part of the location. The glass wagon, however – designed by Marcos Medeiros – was specially produced for the action and later multiplied during the post-production phase. The production company responsible for the film is Iconoclast, and it was directed by Ian Ruschel.

Johnnie Walker Looks to Inspire Brazilians to Break Free in New Railroad Spot added by Newsroom on August 15, 2017
View all posts by Newsroom →